Look at the size of this rooster! 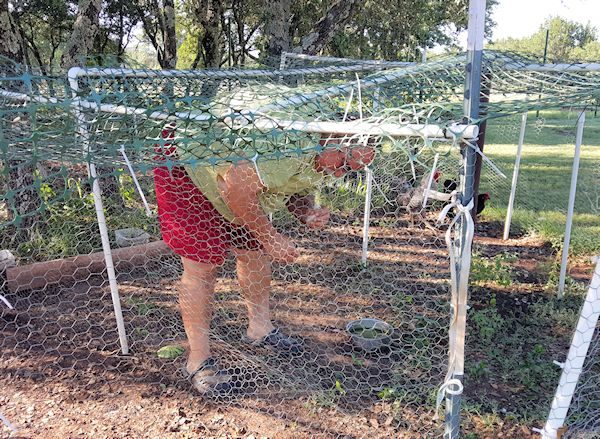 Vince in the Run

We have the chicken jail and the chicken hospital . . small coops/runs where we can put a chicken in time out or isolate a chicken that’s been injured. We had one hen in the hospital because the others had been pecking her mercilessly. She’s all better and I was trying to decide if we put her back . . and she’d be a stranger and they’d peck her again, or just leave her in isolation. There are other chickens right next door, with just a fence separating them so it isn’t like she has no company.

But, there’s the Dominique rooster. He had been in with another rooster and even though there were enough hens in there to support two roosters, the other rooster was picking on him so I moved him over to the coop that had 13 hens and no roosters.

Talk about henpecked . . that rooster stood there and let those hens peck him almost to death. We had to move him out so we put him in the hospital with the one hen. But, yesterday . . one of the baby chicks from another bunch of chickens got in the run with the Dominique rooster and the Black Cooper Maran hen. They weren’t hurting him but he was scared to death and the rooster was getting interested in checking him out so Vince had to go in and rescue the baby chick.

We seriously need to go down to just a few chickens!