It’s been a long, long time since I canned a lot of peaches because when the peaches are in the stores, that’s about the time my tomatoes are producing and I’m busy canning them but, with few tomatoes to can, and peaches on sale in the grocery stores, I’ve been canning peaches. Last week, or maybe week before, United had Comanche peaches for I think it was 77 cents/pound and we bought a little over 20 pounds. Between the peaches from our trees and the peaches, we bought, I think I put up a total of 25 pints . . 18 pints in jars and 7 pints in the freezer. We ate quite a few of those peaches before they ever got put up . . they were all so good. 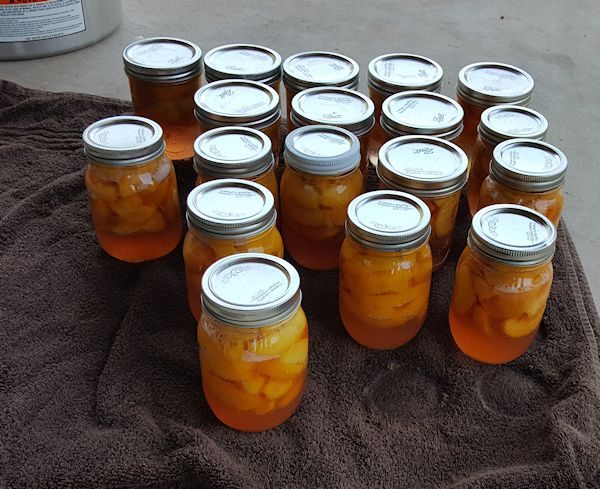 Over the weekend, I put a jar in the freezer and let it just begin to get a bit icy and when we ate them, Vince said “We need more of these!”

Kroger had peaches on sale this week for 97 cents/pound so we bought 40 pounds. They were a little hard so I spread them out in the extra bedroom, on both sides of the bed, and left them til this morning. 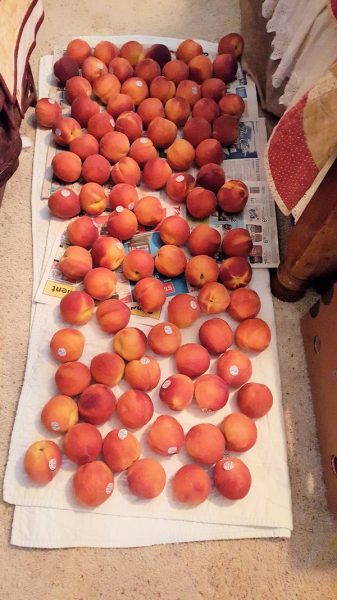 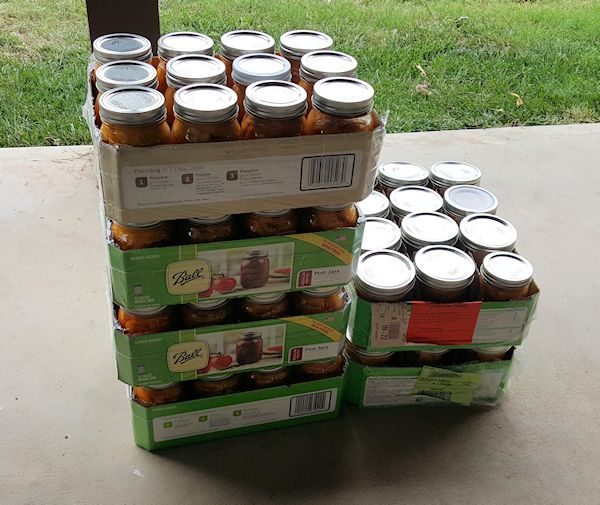 There are a few more than 56 jars there but I had a partial case of canned peaches left from last week so I filled that up, and I had 7 pints of basil/garlic tomato sauce I had made over the weekend so this evening after dinner, I’ll drive the RTV over to the porch, pick up all the cases and drive them over to the sewing room . . instead of hand carrying 6 cases of jars over there.

It’s nice to have some time to can things besides tomatoes but I’m sure going to miss having all those jars of tomatoes this winter when it comes time to make soups and stews.