This may be the first time since we moved here that we have no trees in pots waiting to be planted.

I’m not complaining about Vince so don’t anyone get the wrong idea. He has a whole lot to do around here but sometimes, like most of us, there are chores that take a little nagging to get done. There were three fig trees and three chinquapin trees waiting to be planted. You can read about when I found and ordered my chinquapin trees here. The trees were ordered in February. It’s now July. My trees still weren’t planted. One of the fig trees was pretty decent looking, even has a few small figs on it, but two of them were about half dead.

Any time I would mention that the trees needed to be planted, Vince would say “I know . . I’ll get to it.” He’s very particular about how he plants the trees. He starts with one of those mini tillers and gets it to dig the hole and it chews up the dirt so it’s fine like sand. Yes, I see it . . I won’t mention that the old propane tank needs to be painted. 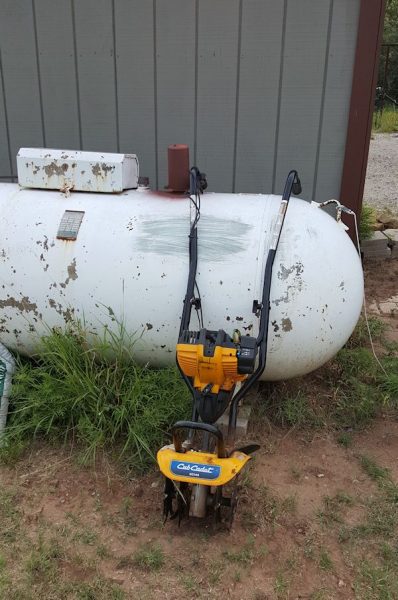 Then he mixes the dirt with sand, some kind of cotton bur compost and peat moss. 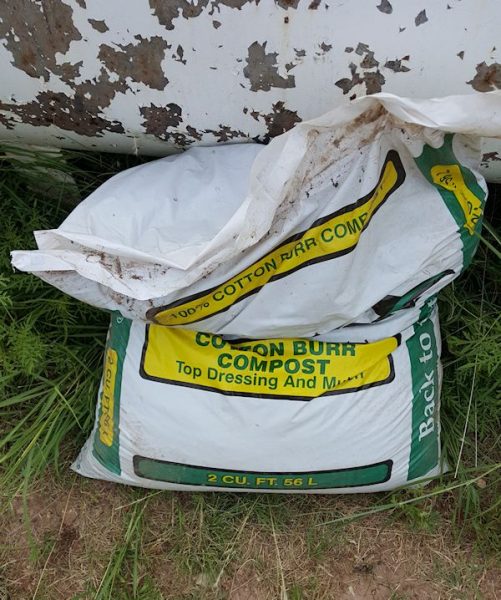 Then he plants the tree and makes a little dam around it, adds mulch and that’s it. 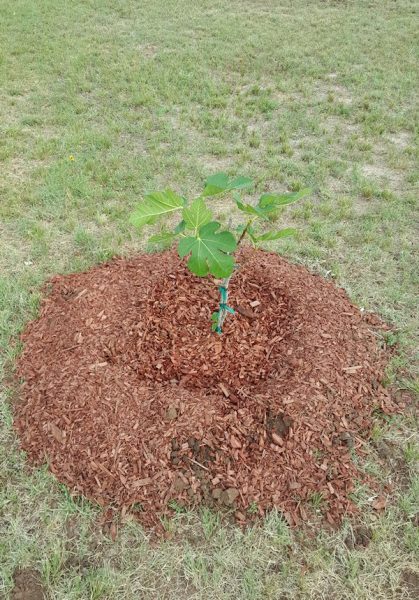 I decided I had waited long enough, knowing that when he saw me doing my version of tree planting, he was going to take over. 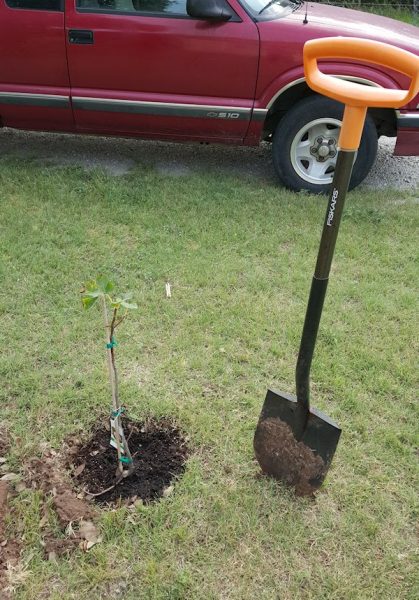 My Version of Planting a Tree

I dig a hole, stick a tree in it and I’m done. He laughed and said the two trees I planted were going to die. Probably . . I planted the two half dead fig trees knowing that he was going to stop what he was doing and go plant the rest of them before I screwed them up. Bad Judy but . . it worked.

I added rabbit manure and compost to my sickly little fig trees and I’m going to stand over them and pet and baby them and do my best to make sure they live! I hate being  wrong and I assured him my trees would be just fine but I doubt they will be. 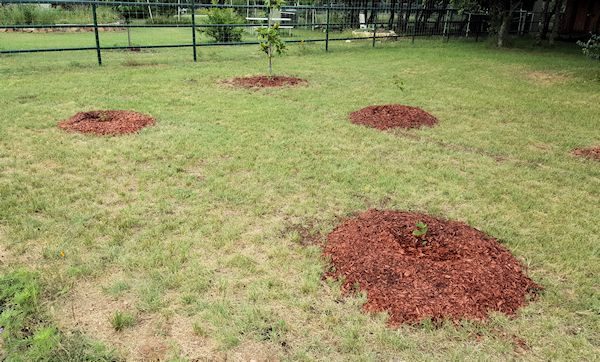 All the trees are planted now. Probably in January or February, we’ll buy a few more. It looks like we’re losing an Asian Pear and we want a few more jujube, persimmon, crabapple and . . whatever we see, we’ll probably buy! I’ll be happy when we run out of room in the orchard and we can stop planting trees.