I doubt he’s prehistoric but he surely does look old. 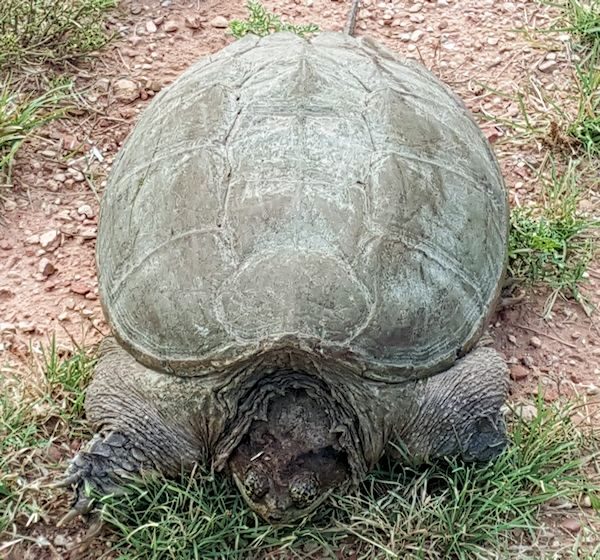 It was the oddest thing because I’m usually the one to notice every little thing and Vince will step right over something and never see it. We had a baby chicken that died and I had come in to get Vince to help me get it out of the coop. I was on a mission with that little chicken being the only thing on my mind so I was way ahead of Vince. He walked out the door and said “Oh, my goodness! Look at that!”  I would totally have missed it.

That turtle was huge! I asked Vince how big he was and he said about 14″. I would have sworn he was 20″ but I’ve never been very good with measurements (or directions!).

Look at those points on his tail. I think he’s part dinosaur. 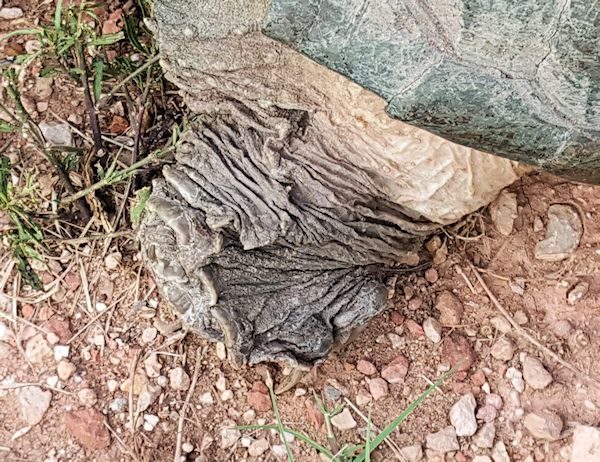 I was looking at his wrinkled old feet/legs and thinking . . goodness, he must be old and then I realized . . my neck looks about like his feet/legs and I’m really not that old!

Even the crazy feral cat was interested enough to get closer to me than he’s ever been. 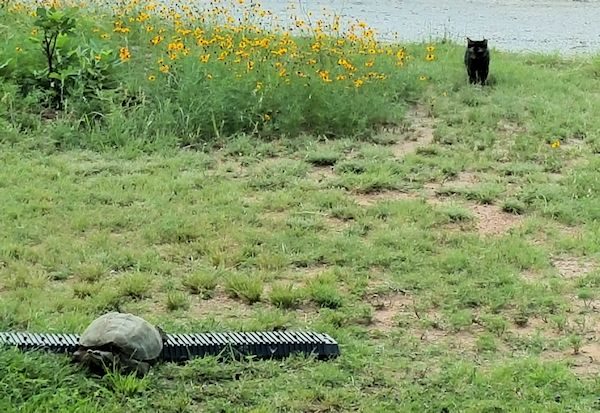 I read that that turtles eat tomatoes so I cut up a tomato for him . . homegrown no less, but he wasn’t interested. 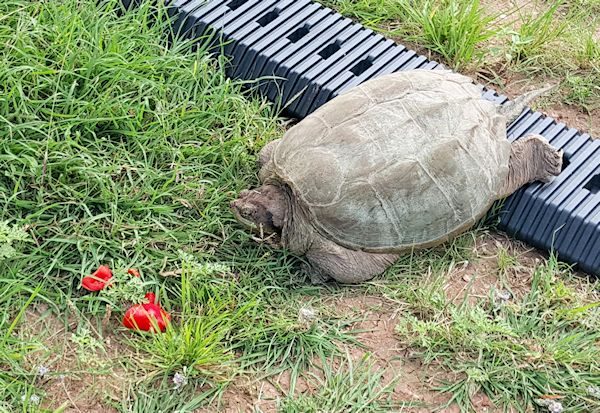 One of the mangy looking chickens checked him out too. I think she was deciding if the tail was a big worm of if she should walk away and leave that creature alone. 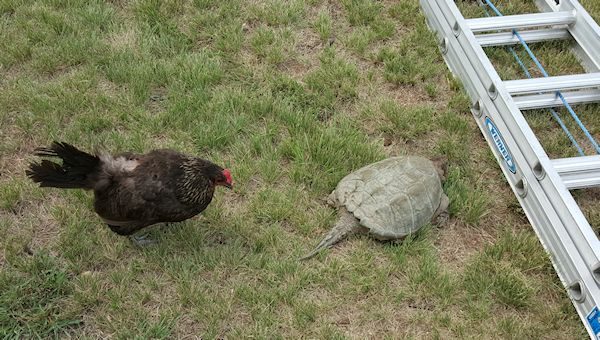 In the end, the turtle left, the chickens found the tomatoes . . and life returned to normal, or . . as normal as it gets around here. 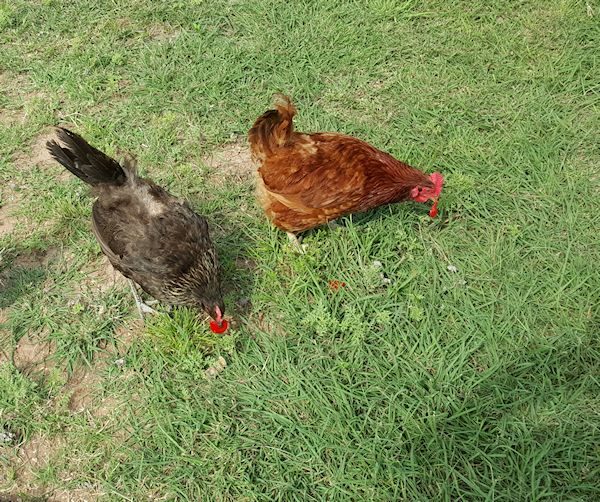 Now we’re ready for our next adventure!