Readers have asked lately if I’m still making kombucha and I am. I don’t think there’s truly anything addictive in it but I sometimes feel I could be addicted to it. I want way more of it than I actually drink . . for two reasons:  (1) Too much can create lots of bubbles in the tummy and (2) I don’t produce that much. For a while, I had two batches going so two batches, along with a third big jar of extra SCOBY is just too much stuff sitting around in my tiny kitchen. Kombucha is so easy to make. The only problem I’ve ever had is that sometimes a batch will not be fizzy. I’ve read that not leaving enough head space in the jars can result in less fizz so I’m being careful to leave plenty of space and so far, I haven’t had any non-fizzy Kombucha but I’m not sure if that’s just luck or science. 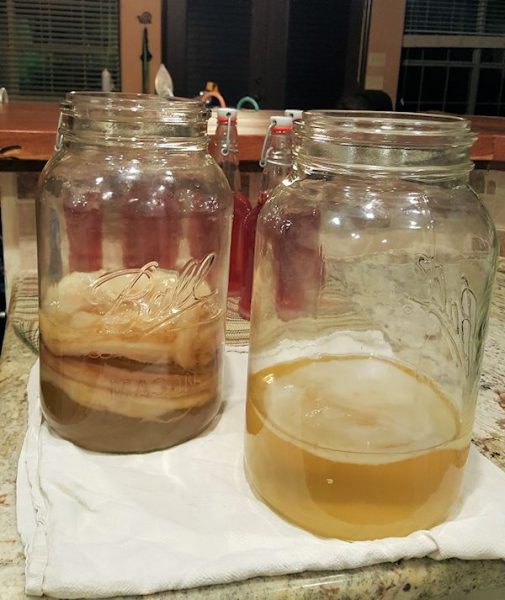 Kombucha is said to have health benefits. You can read about some of those here. Again, I’m not sure if that’s real or hype. You know how much I like trying new things but if you’re halfway interested and have never tried Kombucha, most health food stores sell it for $3 to $5 per bottle. The first time I tried it, I was hooked.

There are previous blog posts detailing how to make it but there’s an excellent step by step tutorial here.

You will need a starter which is called a SCOBY (symbiotic colony of bacteria and yeast). Don’t let the name turn you off! You can get a SCOBY from a friend, purchase it or sometimes harvest your own. I had given Chad and Nicole some bottles that I had made and they were able to harvest a SCOBY from the top of their bottles.

Once you’re making your Kombucha, new layers will form on top of the SCOBY and it will eventually have to be divided.

The last time I made Kombucha, the top layer, where the new growth is always located, tore but I used it anyway. 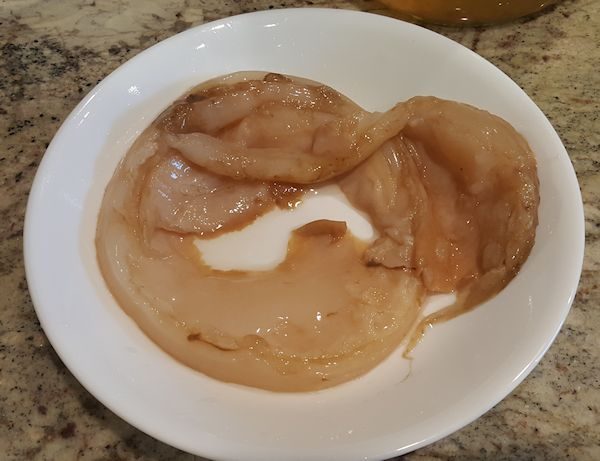 It produced a perfect new SCOBY in just one batch. 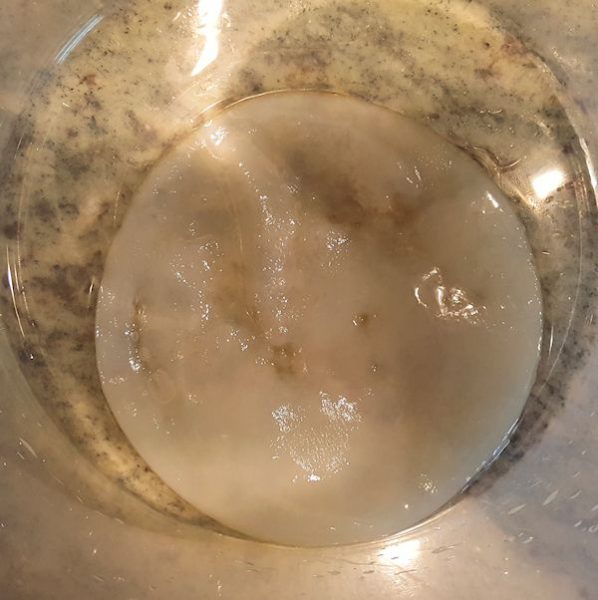 I fuss about Vince never throwing things away but I save way too many SCOBY in what we call a “SCOBY hotel”. First photo, jar on the left is the hotel. I just keep tossing them in there. Every now and then someone will want to start their own Kombucha and I say . . let me give you a SCOBY.

From yesterday’s batch, I ended up with 5 bottles of Cranberry Pomegranate Kombucha. It will sit out for a few days to become carbonated, then it will go into the fridge and sit patiently, waiting to provided refreshment for us. 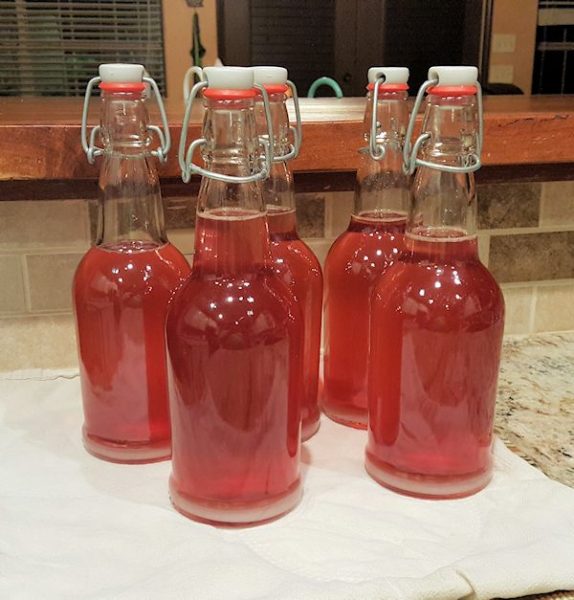 A new batch is brewing, along with fresh tea for the hotel! 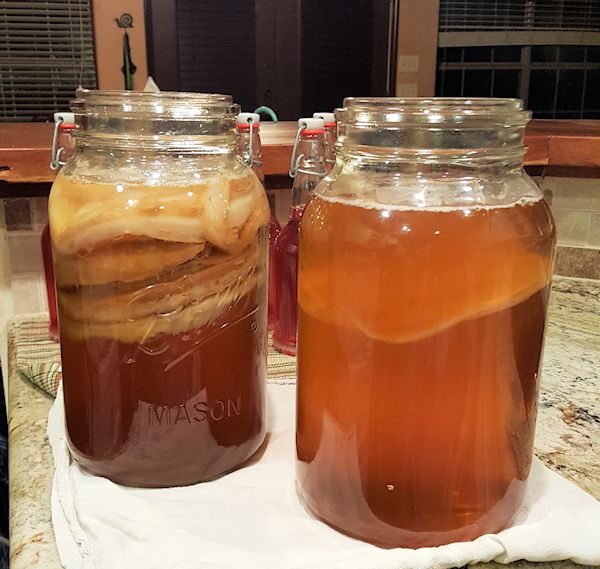 Since it’s summertime and we’re wanting more, next week, I’m going to go back to making two batches and toss out some of the existing SCOBY. Darn, I hate to do that but I can’t keep everything . . that’s what I tell Vince!