We have a new United Grocery store in town and it’s nice but either there’s a big problem with their equipment, their math . . maybe both! You know how Vince loves a bargain so I can hardly keep him out of the meat department. They even invited him back behind the closed doors the other night. I want to say . . you’re letting the fox into the hen house!

It all started last weekend when we got some tuna steaks and grilled them. I think they were about $8.00 per pound. They were really good and I LOVE tuna so we went back to get more. They had only one package out on the shelf and it said $3.00/pound. For two hunks of tuna, it was about $5.00. Vince said “Didn’t we pay more than this over the weekend?” Heck .. I didn’t know. Vince went and found the meat guy and said “Is this package marked down or is this regular price?” The guy said it was regular price. Vince asked if he had any more. He said they had just unloaded a truck he would find the tuna . . “How much do you want?”  Vince looked at me, and I was saying “yes” so Vince asked the guy “How much is in a case? The guy went and found a case and Vince had him weigh it up and it came to $25 (at $3/pound) but he said since we were buying the whole case, we could get it for $20.  Yesterday when we went back, they had it all packaged up with 2 pieces of tuna (it’s pre-wrapped) in a package for $10, which makes it $5/hunk of tuna. We got 25 hunks for $20 so we paid 80¢ per hunk. Amazing!

Also over the weekend, we bought lamb chops at United. Kroger and Walmart usually have lamb chops for $11 to $12/pound. United had them for $9.99 so we got a couple of packages, grilled them and they were delicious. 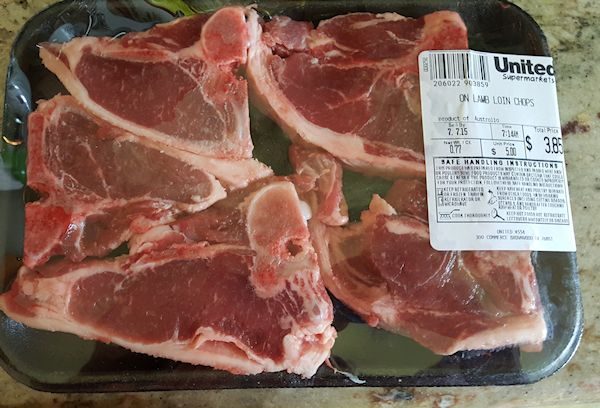 Yesterday we were back and they had lamb chops and the package said it was .77 pounds for $5.00/pound. Big difference from $9.99 per pound. Vince again found the meat guy, who thinks Vince is the best customer they have . . and Vince asked him why they were $5.00 instead of $9.99 and he said . . that’s just the price that comes up when we code it in . . so we got all four packages they had on the shelf. 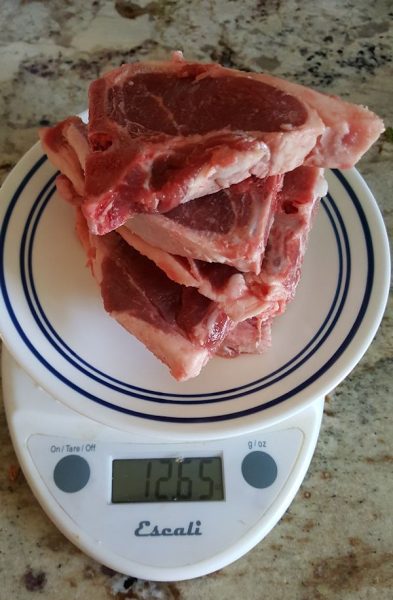 We paid $12.85 for four packs of lamb chops and we probably should have paid twice that amount.

It almost seems wrong to be buying these things for these prices but each time, we’ve asked someone in the meat department . . are these prices right? They’ve assured us they are so it isn’t like we’re stealing . . but they have to figure out what’s going on with their meat pricing!