Vince will never get rid of anything!  My current gripe is that lawn mower. He was so happy when he thought he had fixed it. 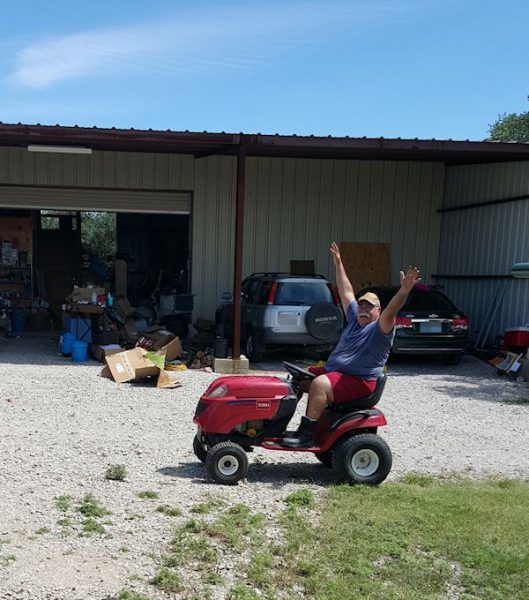 We have a brand new ZTR mower and I guess I understand that some places around here, you don’t want to go with a new mower . . but there’s also a tractor! He has spent weeks working on that mower.

After he “fixed” it, he cut down both sides of the driveway and it broke again. He did repair the transmission but then a belt broke. He has struggled and struggled to get some kind of gear or something out. He had to order a new “gear puller”, which wasn’t expensive but it took a few days to get here. 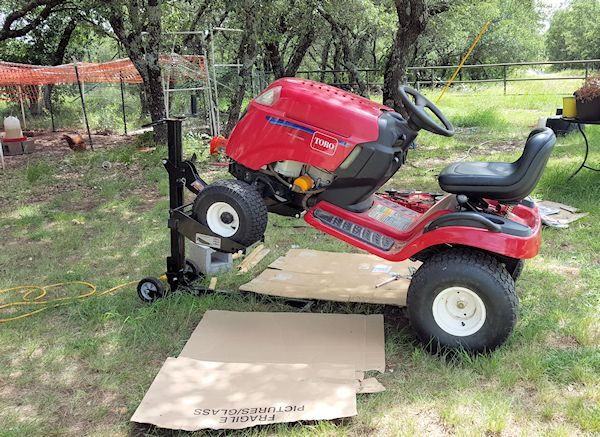 Notice there are two pieces of cardboard on the ground? One is for ME! The other is for him. I’ve been out every evening . . holding this, holding that, turning this while he holds that. Wednesday night I said . . this is the last night I’m doing this. I don’t like being under that lawn mower. He swears it can’t fall on me but . . I don’t like it. I haven’t turned into such a country girl that I enjoy working on engines! 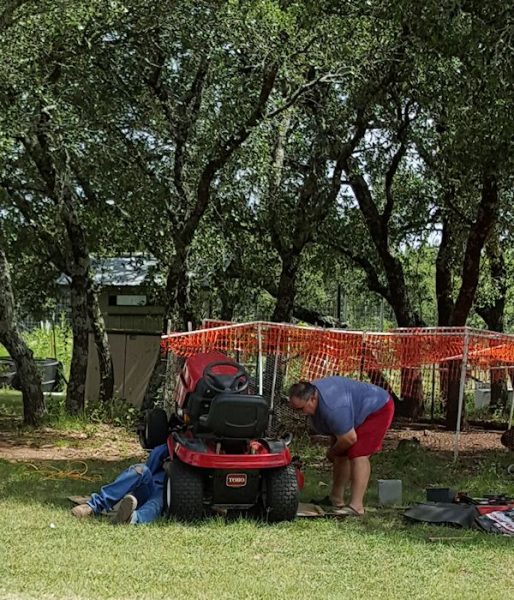 Yesterday he had a friend come over. This guy is real mechanical . . he can fix anything. Sure enough, he got the stuck part off the lawn mower. Vince will order a new part and then his friend will probably come back and help get it put back together again. 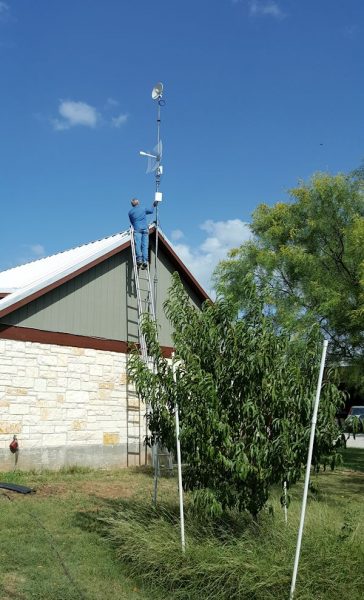 Since he’s younger and not afraid of climbing higher up on the ladder, Vince asked him to raise the cell phone antenna. We’re getting closer and closer to being able to use the cell phone inside. Yes, it often does feel like Green Acres around here. Honey, just leave that ladder where it is and I’ll climb up to the top when I need to make a phone call!  🙂

Notice we have two internet receivers and a cell phone receiver on the antenna. Two internet services in hopes that on any given day, one of them will be working and a cell phone antenna hoping we can catch a few bars! It’s sometimes a crazy life out here, but it’s the life we chose and would choose all over again . . just maybe in Missouri instead of Texas if I’m the one doing the choosing. 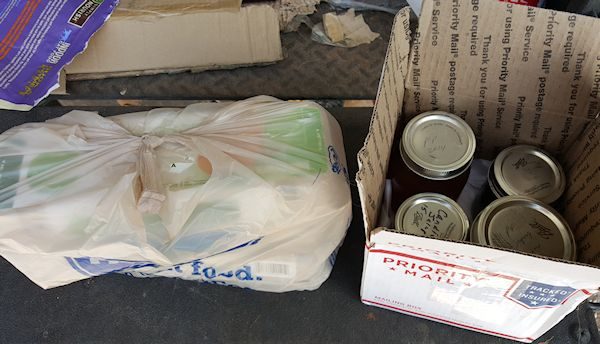 I sent the guy home with three dozen eggs, two jars of prickly pear jelly, one jar of prickly pear syrup and a jar of candied jalapeno peppers. After all, he is the one who brings me buckets and buckets of tuna . . the prickly pear fruit.