I’m sure Gypsy and Rose are probably hundreds of miles from here by now . . or they were dinner for a coyote. 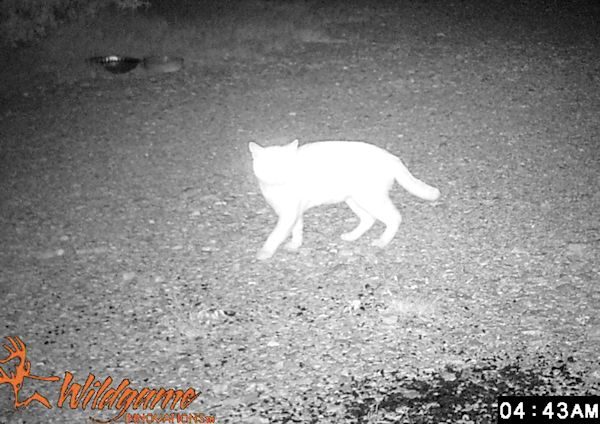 I don’t think this is really a white cat but it isn’t Gypsy or Rose either. I think the flash at 4:43 a.m. gave him that ghostly look, but he probably is a light colored cat. I’ve only seen him that once on the trail cam.

This is the cat that I see often.  He isn’t friendly but he isn’t mean. When he sees me, he calmly and quickly walks away. He’s probably living in the implement shed . . that’s where we see him most. One morning last week, I was in the garden and I saw him catch a mouse outside the shop. Good kitty!

If he’s going to stay, we need to trap him and get him neutered and get his shots. As soon as we do that, he’ll probably leave!  🙂