The sewing room has not been used for much sewing for quite a while. I go sit over there and knit. The air conditioner works much better there than in the house. I usually brush Boots and get rid of the excess hair, then he’ll sit next to me and let me knit for hours. Every day when I walk in there, I think to myself . . you really need to start sewing . . but I’m not going to force myself to do it if I don’t want to.

Yesterday morning I woke up and the first thought in my head was “I want to go sew!” so as soon as Vince left and I got a few outside chores done, I was in the sewing room. I almost stayed too long and had to rush to get lunch ready before Vince got home, and then I went back and sewed til time to stop and get the evening outside chores done. And, I’m back in the sewing room this morning. I’m not saying I’m over my sewing slump but this is the most time I’ve spent in here in months and months!

The project I’m working on:  Addie’s quilt for her big girl bed. 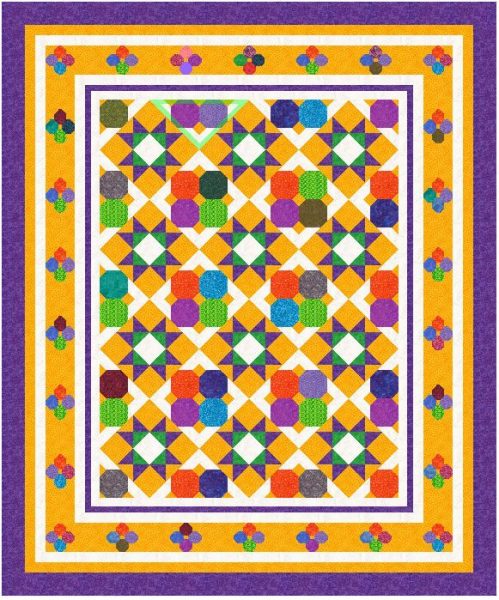 I’m still not sold on the borders. I may totally come up with a new idea for the borders but I haven’t thought much about those yet. It had been so long since I’d worked on it, I had to spend too long trying to figure it out but I’m on top of it now and hope to make some good progress before sticking it aside again. Who knows . . maybe I’ll finish it soon.

Yesterday I put one more block together (for a total of three) to be sure I was using the correct size pieces, then I started making the snowball type blocks. They’re going pretty quickly. Before I called it a day yesterday, I went ahead and made one corner block and one setting triangle block. 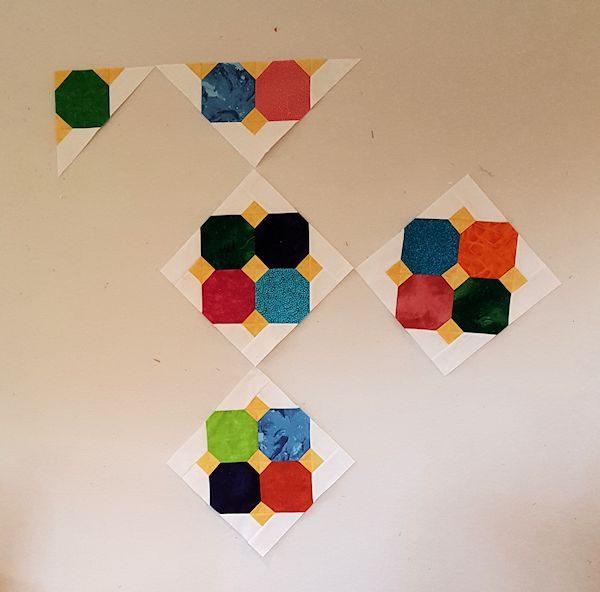 Now that I have all the cuts right, it’s going to go pretty quickly I think. There are a total of 48 type snowball type blocks to be made (not counting the border) so I’m going to work on those til I get them done, then I’ll put together blocks, then get the stars done, then figure out what to do with the borders.