My slipped stitch project for one of the Loopy Academy projects was That Nice Stitch Cowl. It is a very simple cowl and it is quite pretty. Nicole and I started them in mid-February and probably by the end of February, she had hers finished but I just finished mine this week. 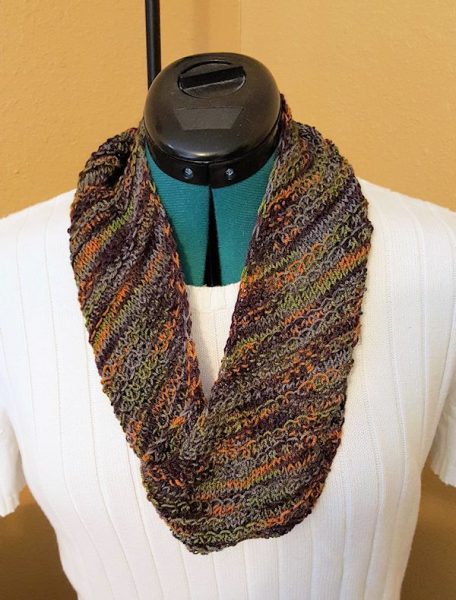 These would make great Christmas gifts and you can probably get two of them (if you don’t make them too long) from one large skein of sock yarn. I made a couple of mistakes, simply because I wasn’t paying attention to the row count and instead of doing a repeat 4 times, I would do it three times (or whatever it was .. I seemed to get it wrong more than I got it right), but it doesn’t look like there’s anything wrong unless someone is counting my rows.

I’ve officially finished the second semester of Loopy Academy and need to get my extra credit project finished, then get my yarn wound for the first Camp Loopy project!