I’m not superstitious (I don’t think I am) but I love it when things happen that make me smile. It can be as simple as when I need 4 T. of sugar for a recipe and I dump a bit of sugar in a cup and then scoop out 4 T. and that’s exactly how much sugar I had dumped in the cup. Here are two things that happened recently that I think are kinda funny/weird. 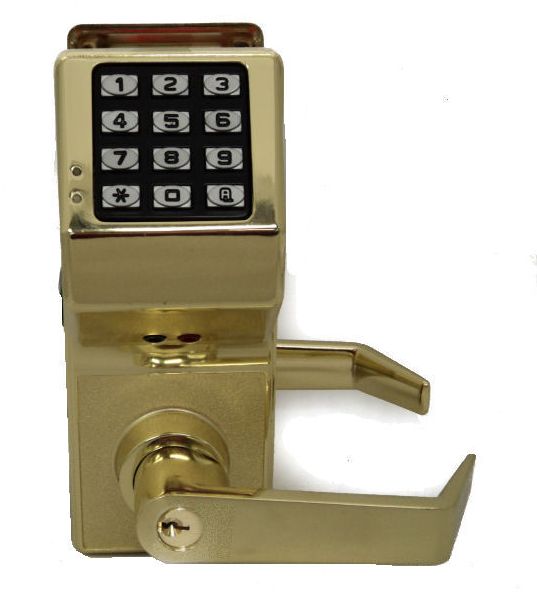 First, we have the push button type locks on our doors. It’s funny because I’ve never lived as far from civilization as I live now and more people have my gate code, my door lock codes than I would ever have imagined. It’s easy just to change the codes when/if we feel the need to change them .. much easier than having to re-key a lock when you realize the wrong folks have a key. So far, we have never changed any of our codes but . . anyway . . these locks have batteries. I don’t have a key and don’t even know where there is a key. When we put the locks on the doors about three years ago, I said “Let’s remember to change the batteries once a year! Let’s do it when we change the time in the Fall.” That’s when we’re supposed to change our smoke alarm batteries, though we seem to only change them when they start chirping.

Vince agreed that changing the batteries once a year would be a good idea . . and that was three years ago. A couple of times I’ve said “We should change the batteries in those locks.” Yep .. we should. I know they’re not all going to go out at the same time but there’s only one door going to the sewing room.

A month or so ago, Vince was home for lunch . . thank goodness . .  you know where this is going, don’t you? I ran over to the shop to get something out of the fridge. We can flip a little switch on the locks and leave them in the unlocked position when we’re going in and out .. or any time we would normally have our doors unlocked, but I didn’t do it when I ran out to go to the shop. When I came back, I punched the code in .. red lights. I thought maybe I punched it in wrong and did it again . . red lights. I knocked on the door and Vince let me in. Then he said “It acted weird when I came in too.” Really, Vince?

The second recent funny thing that happened . . again a month or so ago I got an email from a friend who lives in Rich Hill, MO. That wasn’t far from where we lived and it’s where the Amish community is located .. the ones where we used to buy lots of veggies. I was reading email and Vince was flipping through whatever he flips through to find movies on TV.

I said to him “My friend from Rich Hill just wrote me and said . . this”.  I can’t even remember what she was telling me. I think it was about the weather. He looked at me with a funny look and I said “What?” He just pointed to the TV and he had just clicked on this documentary type show about Rich Hill. Isn’t that weird?

When I’m quilting on the longarm (yes, I used to do that a lot), I would try to guess how many bobbins I would need, wind them ahead of time and then I’d get all excited if I guessed close to correct. When I’m planting, I’ll try to guess how many seeds to dump into my little seed spreader so that I end up with the right number of seeds for that row. I’m rarely right but it’s fun . . cheap entertainment I suppose.