No, we didn’t get a Beagle. But here’s a funny story. One night a dog walked into Chad’s Walmart. It was late and it was on a weekend night and their little town has no animal control. Chad has a soft heart so instead of shooing the dog out into the cold, Chad said “I’ll take it to my house” so he did. It’s not a little dog but it’s not a big dog. From the pictures . . I’d say it’s about half the size of the sofa. Nicole bathed the dog and made sure it seemed friendly enough. They fed him and waited til Monday and Chad was going to call the dog catcher to come and get it and Addie said “But . . I LOVE him!” They’ve tried to find out if he’s been reported as lost but so far, they’ve not had much luck. Last I heard, they were taking him to be checked to see if he has a microchip and if not, get him checked out and get his shots and they may have a dog. Addie has named him . . Speck.  🙂 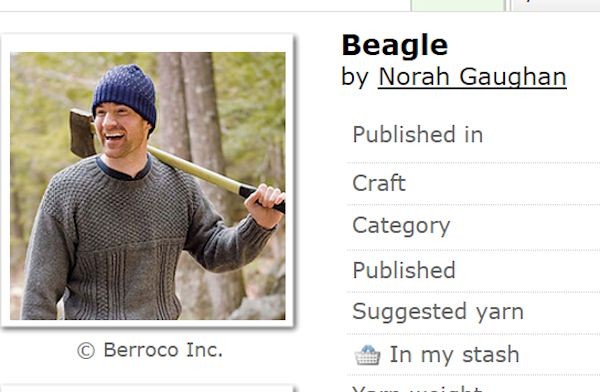 From the reviews I’ve read, people love making this sweater. There’s enough variety to keep it interesting and it seems to fit well so I plan to make one for Vince for Christmas. Watch this be the one time he reads my blog! I absolutely love Cascade 220 yarn and I was torn between using that and Shepherd’s Worsted Wool. Both are good felting  yarn .. which translates to me: “they’ll probably also pill” but after talking with Sheri at The Loopy Ewe, I decided to go with Shepherd’s Worsted Wool. People seem to love it and I read that it makes very well defined cables.

I went with Frosty Blue and am hoping it isn’t too purple for a man sweater. I was thinking it would be something he would wear with jeans (which he wears to work) but he would probably be happier with brown.  🙁 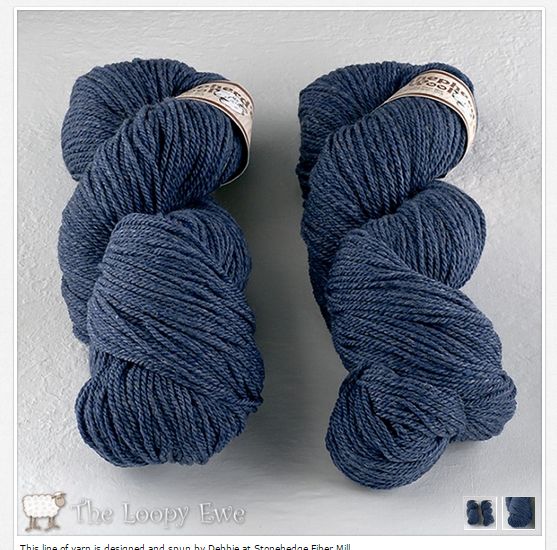 Beagle Yarn (Photo from The Loopy Ewe with permission)

Milk Chocolate (Photo from The Loopy Ewe with permission)

I want to make High Hopes, a pattern that may or may not have been released yet. My guess is I’ll use Milk Chocolate for Vince and then Frosted Blue for me but . . that’s a decision for another day.

So . . do any of you want to make Beagle with me? Do you need a Christmas present for the man in your life?  It’s not too early to be thinking about that. I’ll probably start Beagle sometime soon after March 1.

The pattern has seams that have to be sewn, and sleeves that have to be sewn in, which is totally against everything I believe to be good but . . in my head, I know that sweaters with seams have more structure and a sweater this size and this weight probably, in all honesty, needs to have seams so . . I’m going to do it because I think the end result is worth it.