Rita has been here about five months and she still doesn’t like to be held or doesn’t even really want to be close. She’s very jumpy and when we’re outside, she’s scared of her shadow . . she makes me feel brave and I’m such a chicken. 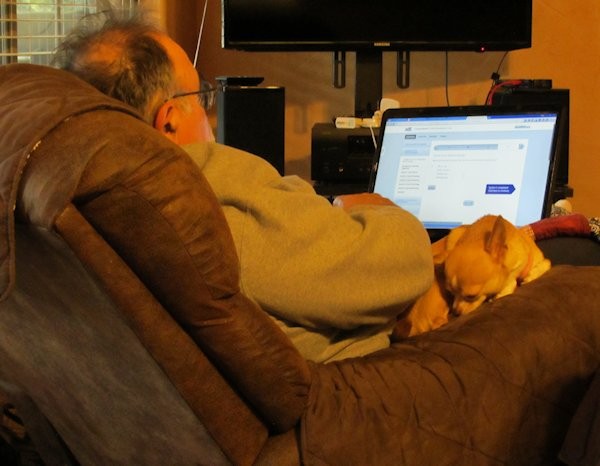 The other day Vince said . . look who’s sitting with me! That’s about as close as she gets and she doesn’t do that very often. She’s always ready to make quick get away . . she never gets too snug.

I’ve heard that some dogs just aren’t snugglers and maybe she’s one of those, or maybe it’s due to something that happened in her past. We’ll take whatever lovin’ we can get from her but we always want more than she’s comfortable giving.