Have you ever heard of a Chinquapin tree?  The photo was taken from this website and you can go there and read all about the tree. See that little seedpod? It’s about like a giant sand spur but there’s a deliciously sweet nut inside each little prickly pod. 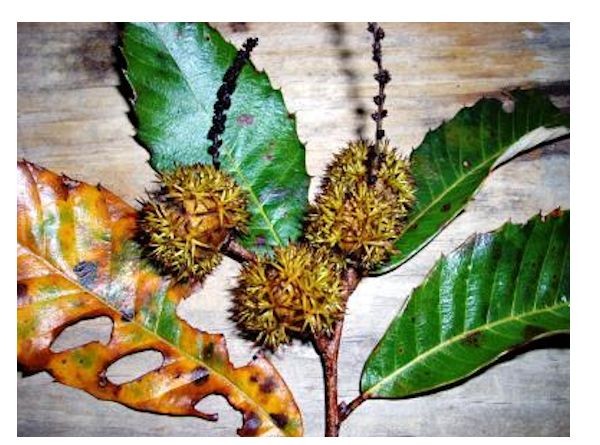 When I was 5 years old, we moved to southwest Louisiana. My parents and my aunt and uncle bought adjoining lots in a little wooded area just on the outskirts of town. On my uncle’s lot was a chinquapin tree. When I look at that seed pod, I have to wonder why on earth I ever explored what was inside but either my dad or my uncle must have told me that it was edible and each year, I would wait and wait, with great anticipation, for the chinquapins to appear and get ripe. Just thinking about them now . . I can almost taste them! It’s a very distinctive taste . . probably not terribly different from an acorn, though I’ve never eaten an acorn, but something about eating the chinquapins always reminded me of eating acorns.

For 40 or 50 years, I’ve asked lots of people if they’ve ever heard of a chinquapin tree and no one has ever admitted knowing what that was. Just last week, we were talking to our neighbors and somehow, I got on the topic of a chinquapin and as always, they had no idea what I was talking about. Vince always says “She’s from Louisiana! They eat anything down there!” . . which is true but, there really was a chinquapin tree.

The other night Vince was reading something and he asked me if I had ever grown mini Mexican cucumbers.

I had never grown them but I found them at Rare Seeds, where I order lots of seeds, especially the more unusual seeds. I’m anxious to try them! Since I have terrible luck with cucumbers, I’m not optimistic but I’ll give anything a try once.

Then, the name of this seed caught my attention .. Brown Lazy Wife Lentil Bean. 10 seeds for $4. They’d better be real good producers, but again . . I’ll try anything once. 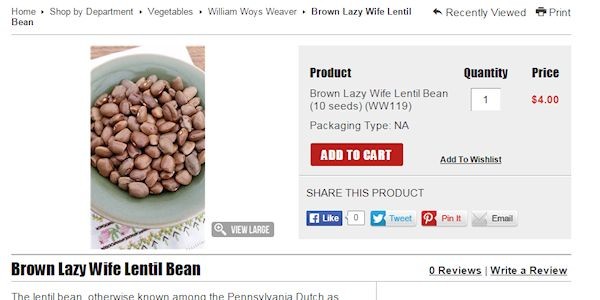 What really caught my attention was this blurb on the Rare Seeds description:  “. . but also because when ground, it yielded a unique flour when combined with chinquapins (wild chestnuts) for Pennsylvania Dutch style dumplings, flat breads, and soups.”

Ahh . . chinquapins . . I’m not crazy! That began a google search for chinquapins. I found them at Willis Orchard. Since they grow in zones 7 – 9 and we’re in zone 8, they should work. Three trees have been ordered. It takes 3 – 4 years for them to produce fruit so I hope they produce while we’re here. When/If we leave, I’ll have to leave notes about the “not so normal” things we have growing here and maybe tell the story about how long I’ve wanted these nuts, in hopes that the next owner won’t chop them down.

I’m so happy to have found and ordered those trees. I’ve been wanting them for a very long time and just never took the time to look for them. I believe I was convinced either my dad or my uncle had just made up the name because I’ve never talked to anyone else who had heard of them. Now . . you all know about chinquapins!  More worthless info from Judy . .   🙂