In Missouri, I could get MaSeCa but our local Walmart and grocery stores rarely had corn husks. 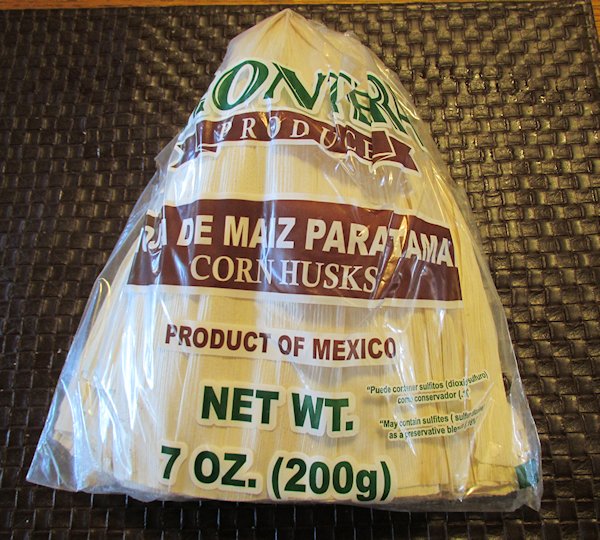 The tamale recipe I use isn’t hard but it takes a while and some planning. I will put the pork butts in crock pots today and let them cook overnight, then I’ll let them cool tomorrow, shred the meat and probably begin the tamale making on Thursday. By the time they’re flash frozen and then sealed in vacuum seal bags, it will be Friday before I’m done.

One of my very favorite cold weather dinners is tamales, covered with chili, cheese, sour cream and black olives!

I put them five to a bag. Vince will eat three and I’ll eat two. There’s one bag left in the freezer so it’s time to get more made!