Vince was at a catered dinner the other day and he brought home his dessert for me . . I guess it was kinda like a doggy bag for the wife! It was peach pie and I wasn’t prepared to be overly impressed because you know I’m more of a homemade kind of girl and most storebought or “pre-fab” as I call them, prepared items don’t get me real excited. The first bite of that pie and I was in pie heaven! I asked Vince . . can  you please ask the caterer where he got these pies? Vince said “Probably some restaurant supply company and we can’t get them.” I encouraged him to ask . . you never know.

After talking to the caterer, Vince said . . “You won’t believe this. The pies are from Kroger!”

Last night was the last of the catered dinners and there were two pies left over so Vince bought one and brought it home. 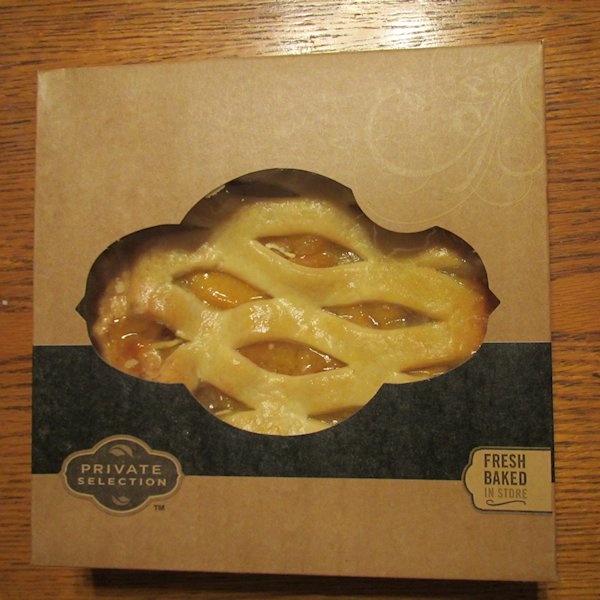 I think Vince said they’re in the deli and at our store, you may have to ask for them. He also thinks they have apple, cherry and peach.

Peach pie is one of my very favorites (but I know . . I say that about everything!). 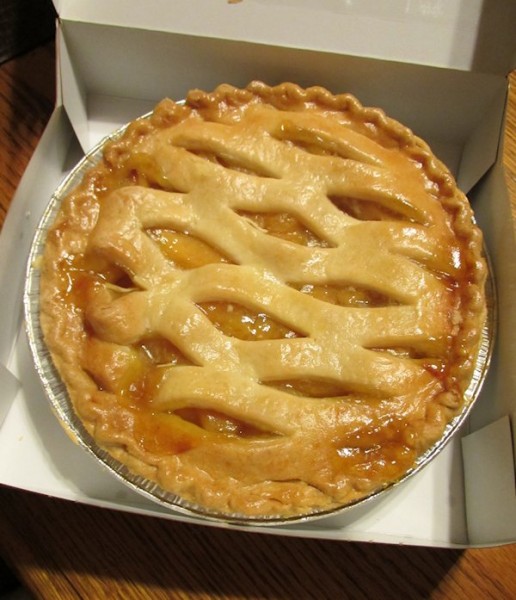 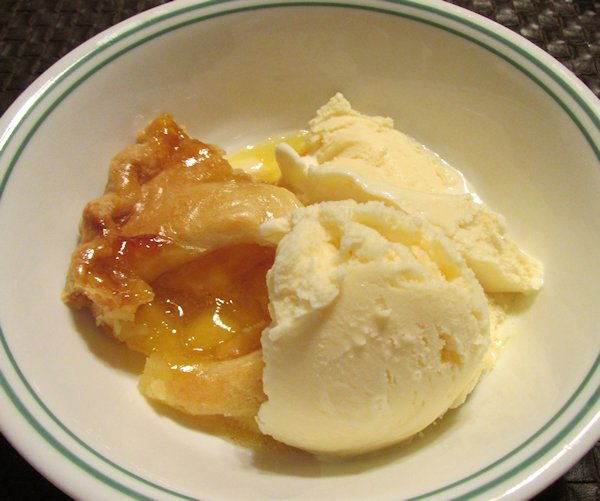