When Rita first came here, she was timid and shy. She was agreeable and quiet. The new has worn off. She thinks she owns the place. She barks! She howls! Thank goodness she isn’t very loud and thank goodness we don’t have any close neighbors.

She’s been sleeping on the sofa the past few nights and she sleeps like a rock. I don’t think she wakes up once. We have a slipcover on the sofa and another blanket so hopefully, the furniture is protected. I think she must have been an inside/outside dog because she lets us know when she needs to go outside.

She now thinks she can tell Speck what to do and he pretty much stays out of her way.  She hasn’t bothered the chickens . . til today! Until this afternoon, she just walked by them and noticed them but didn’t really pay much attention to them. 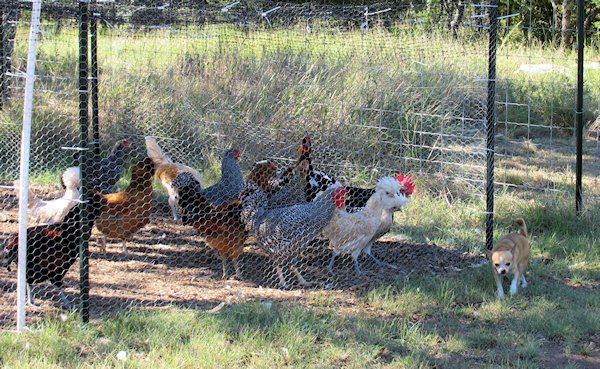 Rita and the Chickens

Early this afternoon, I was out in the garden and noticed Rita was barking at the red chickens and running around the pen kinda chasing them. I fussed at her and this is what I got. 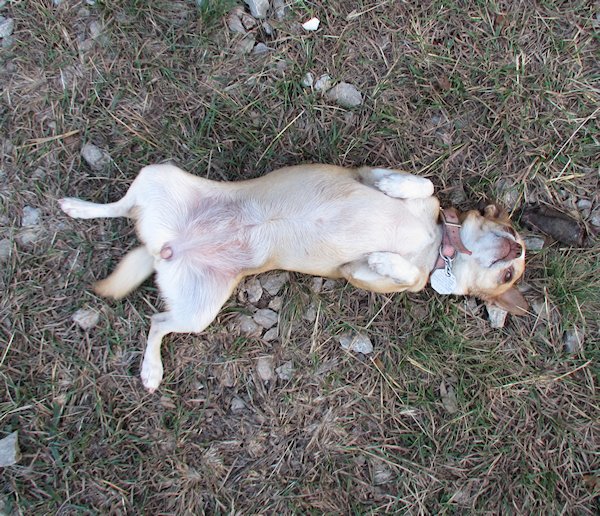 Rita After Being Scolded

Later in the afternoon, Vince and I were in the shop looking for something and heard a commotion in the coop and Rita had dug under . . was in the pen with the chickens! Vince and I looked over about the same time to see what the noise was about and he said “Oh, my! SHE IS IN THE RUN!”

There’s the cutest little paw print on my way to the chicken coop! 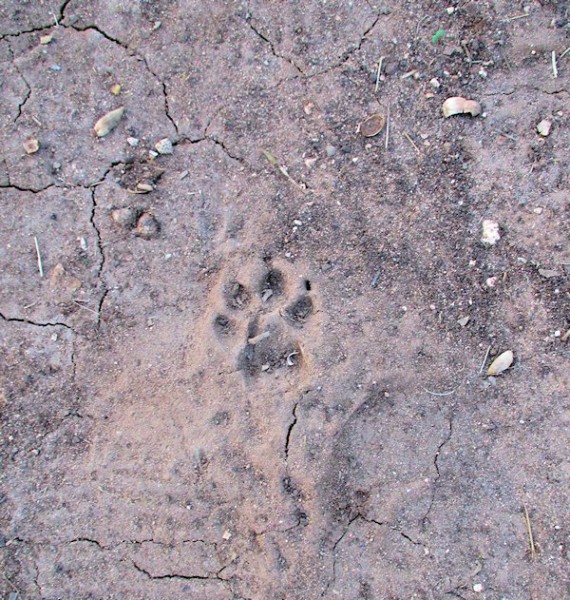 This makes me smile every time I step over it. I’ll step over it til it rains and washes it away! I’m so happy Rita came to our house, even if we’re going to have to figure out a way to cause her to lose interest in the chickens.