We are both loving the milk kefir smoothies and started some water kefir to begin fermenting this morning. With the milk kefir grains, I’ve been having just about a pint of kefir produced each day but today I used a quart jar and it’s almost full of milk. The grains have grown and with a few much warmer days, the milk is fermenting more quickly.

Yesterday morning, we had a pumpkin pie kefir smoothie. 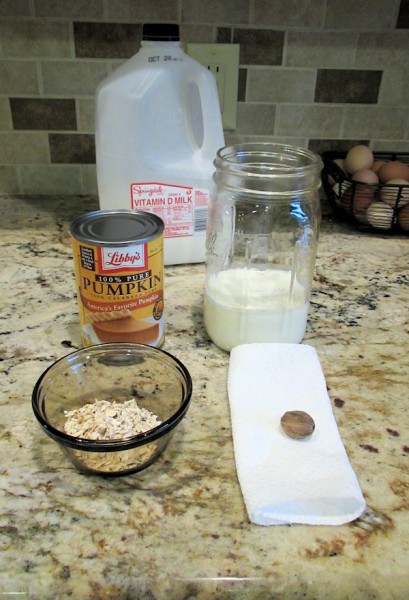 We have to add a little milk to get enough for both of us to have a small smoothie. As soon as there’s more kefir each day, I’ll stop adding the milk. The ingredients include canned pumpkin, flaked oats, kefir, a bit of nutmeg and the extra milk.

Smoothie in the Making

Pour all the ingredients in a jar, stick the immersion blender in there, give it a whirl . . rinse the blender, put it away for another day . . simple as that. 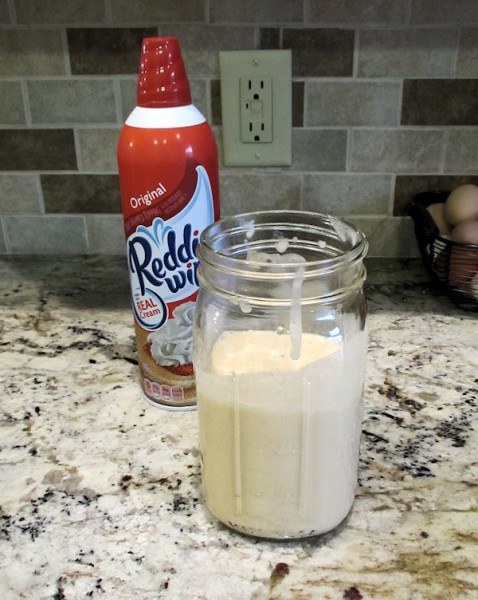 I was so tempted to add some whipped cream . . but I didn’t. Really!

This morning, we had apple cinnamon smoothies and I think they were my favorite. 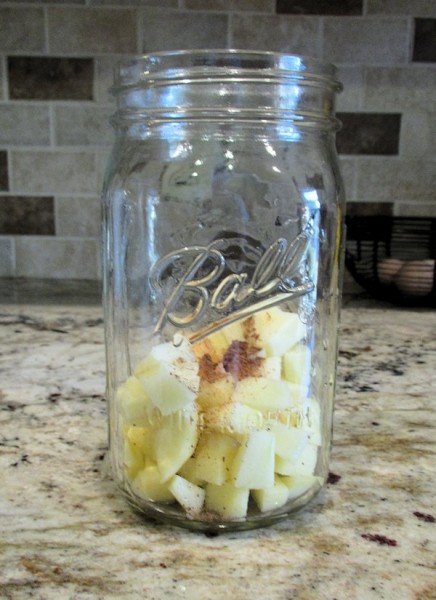 I chopped the apples, added a bit of cinnamon and nutmeg, the oatmeal which thickens it all up a bit, the kefir and again, a bit of extra milk. 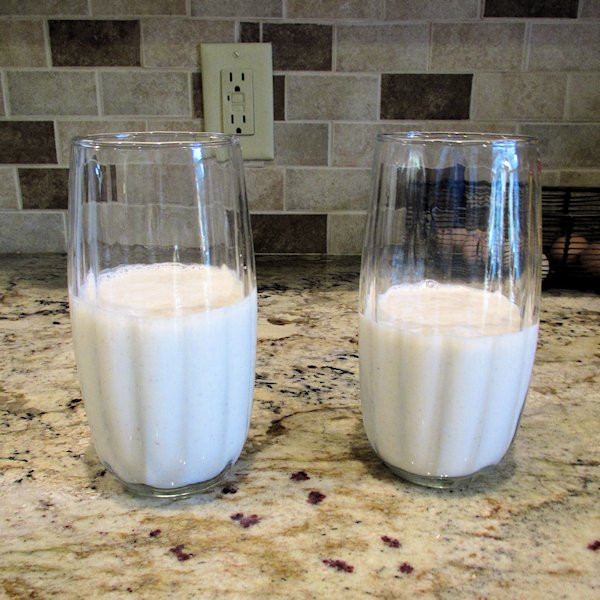 All the small glasses were in the dishwasher so you can see that we’re each getting smaller amounts but in a couple of days, we should be able to have enough to make these glasses about two-thirds full.

For tomorrow morning, I think we’ll have fig/ginger smoothies!