The giraffe quilt is finished and on its way to Nicole. It will be a gift for a baby shower for a friend of the theirs. The new dad has been Chad’s hunting and fishing buddy almost since we first moved to MO. If you remember the quilt I made for the guy who helped Chad when his truck broke down in Kansas City (can’t believe it’s been over 2 years ago!), he is the new mom’s dad. Since the quilt is going to someone else, I preferred that it not be covered in cat hair. I had my spray bottle and sprayed Boots a few times but he wouldn’t stay off the quilt so I put him in Rita’s big crate. After a while, I thought maybe he had learned his lesson and let him out. 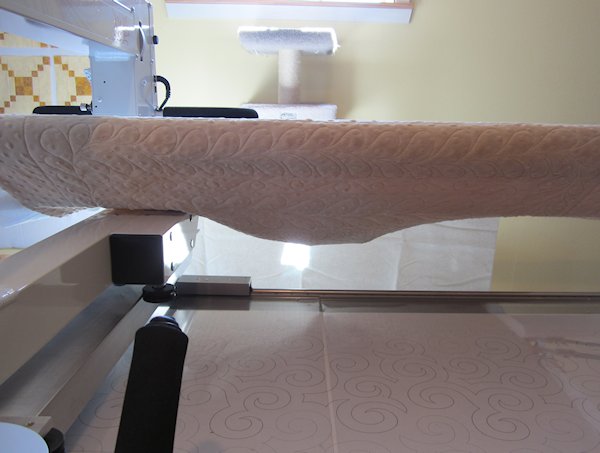 Boots and the Quilt

I went to check on Rita and when I came back, the lump hanging from the quilt on the longarm told me there might be a big furry kitty in the middle of the quilt! 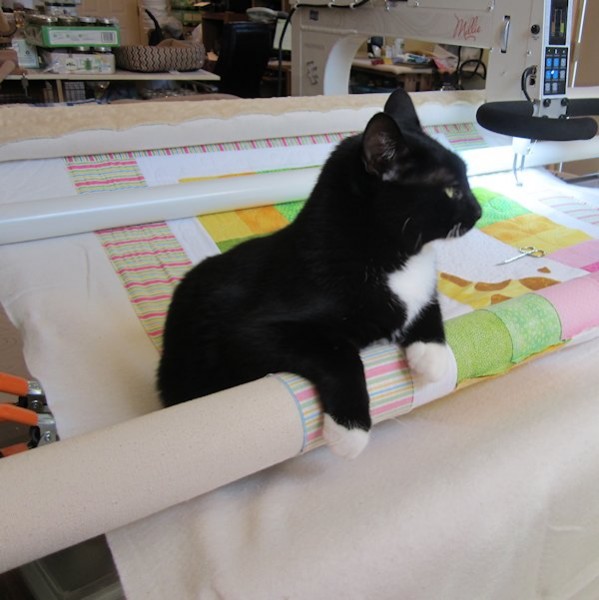 He’s trying to pretend he doesn’t see me and my squirt bottle! 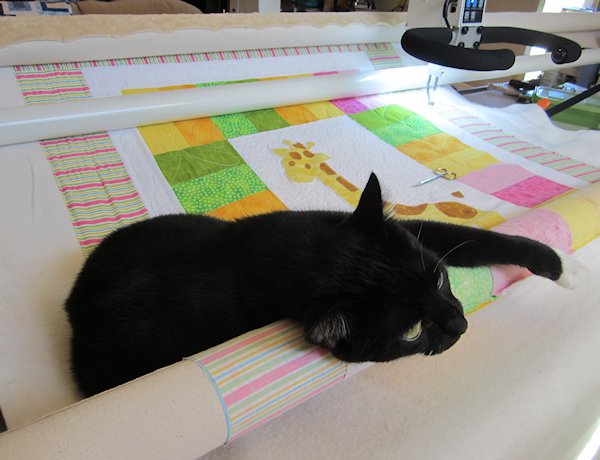 He was so comfortable, I hated making him move but it was back to the crate til I finished the quilt and then tried to get all the cat hair off it before binding it and packing it up to mail.

Boots is such a good helper in the sewing room!  🙂