Last week I finished the Quail Run hat but didn’t count that when I was adding up the yarn used so I’m going to count that as 1 skein used this week. I also used 1 skein for my green mittens.

As far as added, there are 2 skeins of Blue Moon Silky Victoria for the Capall Dubh knit along that will begin towards the end of October.  The color is Star Sapphire and it’s a gorgeous purple blue and I couldn’t get a good photo inside so I took it outside to hopefully capture the color better and look who came running to see what I had. 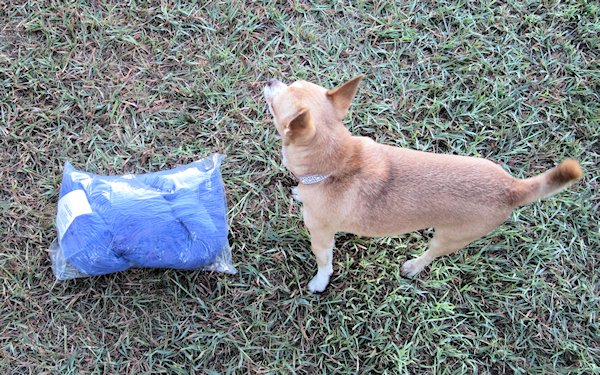