Rita is such an energetic little girl and Speck is such a grumpy old guy! I had hoped that if they spent enough time getting to know each other, with something separating them so that Speck couldn’t hurt her, that they could live together, inside, in peace but that doesn’t seem to be in the cards. 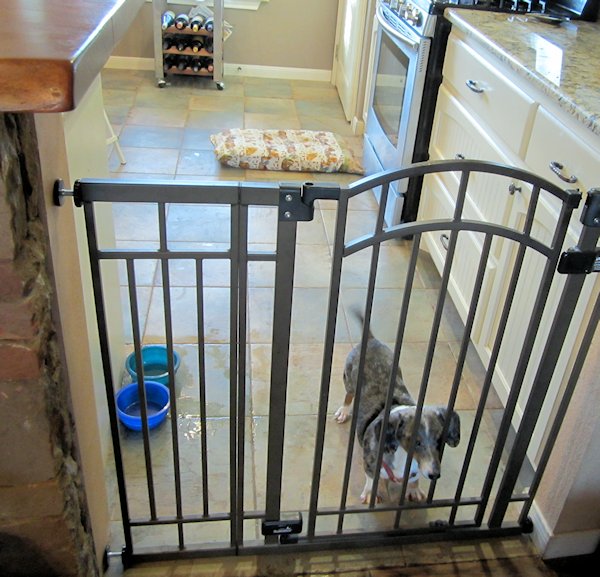 When Rita is in the house, Speck is behind the baby gate, locked in the kitchen. They will get nose to nose at the gate and Speck barks and snarls and shows his teeth at her. Rita just wants him to come out and play! 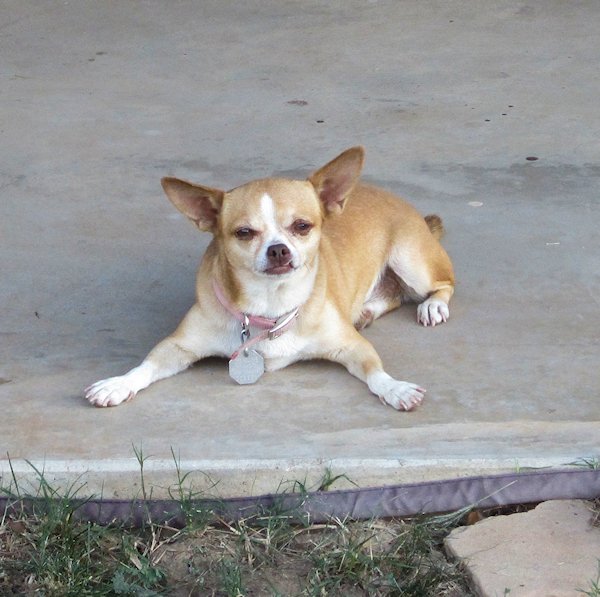 Rita will stay in for about half an hour and then she’s chomping at the bit to get back outside. She loves running in the yard, chasing grasshoppers and best of all . . she wants to be right on Vince’s heels. If he’s outside, there’s no keeping her in the house. A chihuahua isn’t what I would consider an outside dog around these parts but Vince said that’s where she’s happy and if something happens to her, at least she was happy and safe for a while.

Any suggestions as to how to get Speck to be nicer? I thought keeping them close, with the baby gate separating them til they got to know each other might work but it doesn’t appear to be helping. HELP!