We have a new dog! I can’t remember if I mentioned the little dog that I had seen here before I left. I think it was on Thursday before I left on Saturday. She was under the carport when I got home from running some errands but she ran when I drove up. She sat at the curve in the driveway, where I could barely see her and she watched me but she wouldn’t come near me. I caught a glimpse of her on Friday but she ran off again. Then after I left, Vince saw her but she ran off again. Saturday night, he set the Have-a-Hart type trap and caught her. She growled and snarled at him but he made friends with her. 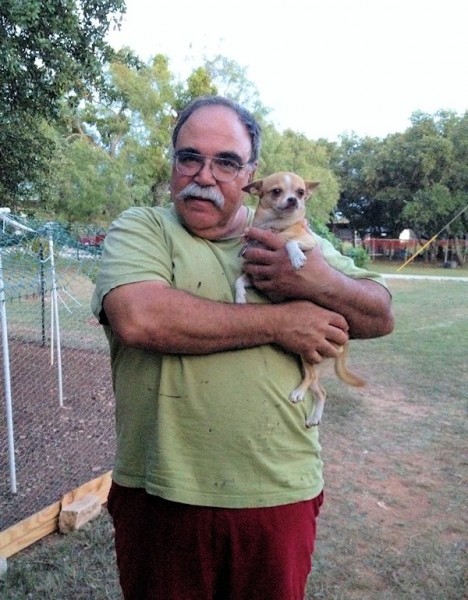 No one answered ads for her, no one seems to be looking for her, she isn’t microchipped. Vince went around to the closest neighbors to see if anyone was missing a dog and no one was, so . . we seem to have a new dog. Vince took her to the vet and got her all checked out, got heartworm/flea preventative and all her first shots. We have no idea what she’s had already so we had to start from the beginning.

A female chihuahua was not something I ever planned on having but . . we accept what we’re given. My aunt and uncle have a chihuahua and Vince just loves him. I knew Vince wouldn’t mind having one just like Bandit but I truly planned on not getting another dog after Speck but . . we have another dog. The vet says she’s about 1 year old so we have a new dog that should be with us for a long time!