Tell me why in the last post I said we do not need any more chickens, but yet I have eggs in the incubator? 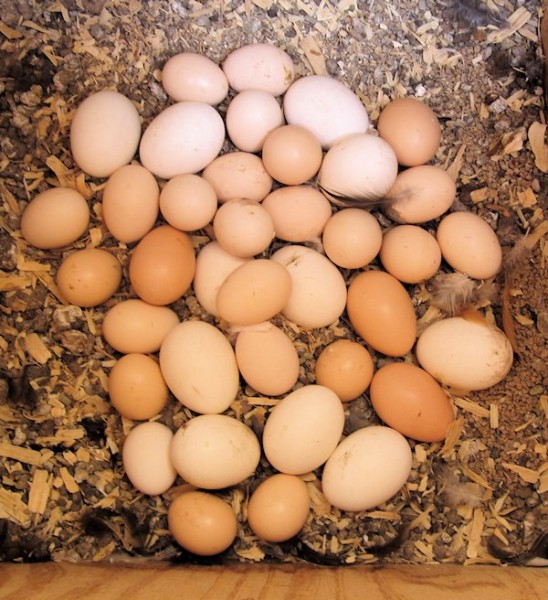 These are the eggs the mama chickens left behind. Four babies hatched and survived and they left the nest on about Day 3 and found a snug spot in the corner of the coop. I can see why . . it was probably not very comfy sitting on all those eggs!

Vince wanted to put them in the incubator and I said NO! We do not not any more chickens. (I have that line down!)  The mamas were off the nest all day Sunday but it was warm enough. They got back on the nest Sunday night but got back off Monday morning. Then I noticed one of Pearl’s eggs (the only full size chicken in that coop) had pipped. I grabbed it and stuck it under the white chicken who’s sitting. 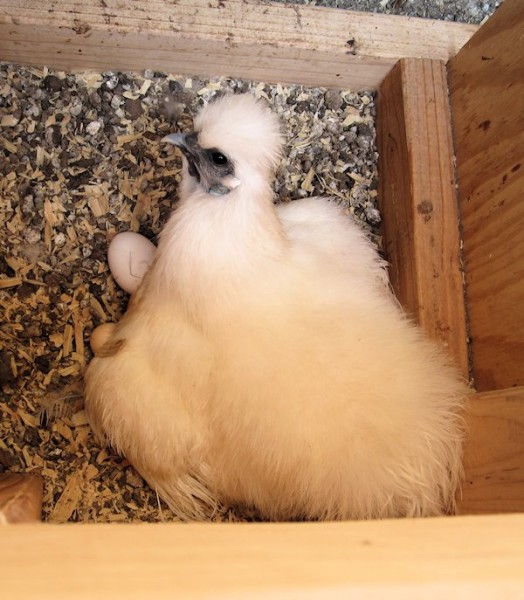 She has too many eggs under her too but I couldn’t let that little chicken make his way out of the egg and then sit in the nest and die so . . he’s probably hatched by now, which may or may not cause her to abandon her eggs once one egg hatches and no others hatch. We’ll see.

Back to the eggs under the black chickens . .

Yesterday I thought . . I just can’t let all those babies in the eggs that have already developed just sit there and die so I gathered them all up and candled them with an LED flashlight. 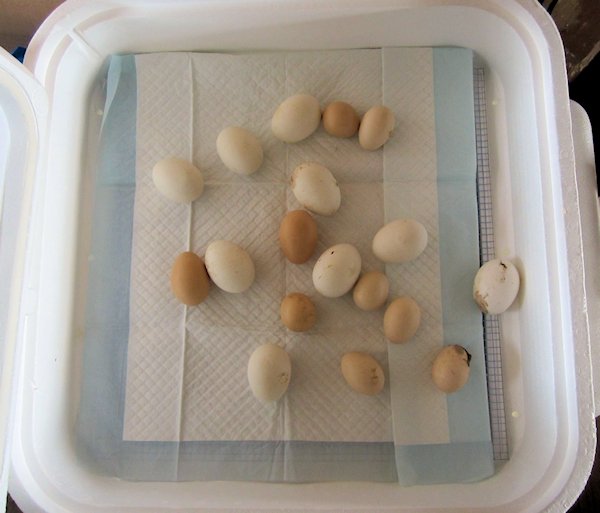 That’s about 18 eggs that had potential to hatch. No doubt after having been let unattended for so long, all of them won’t hatch . . maybe none of them will but at least I’m giving them a chance. 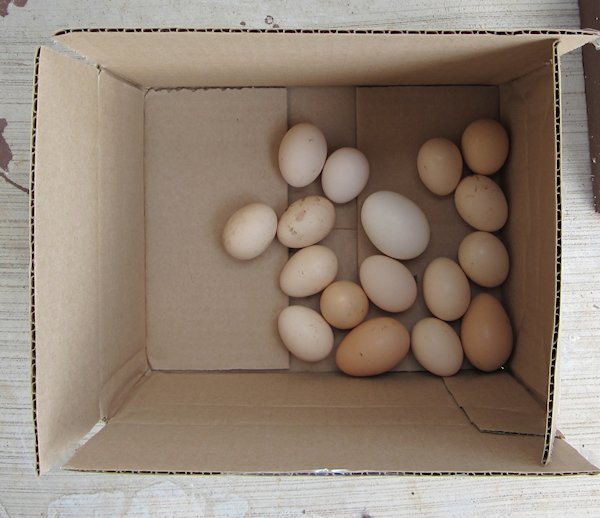 These showed no activity so I pulled them all out. They either weren’t fertilized or just never developed, or were laid in the past couple of days but they won’t go in the incubator.

Just this past weekend, we talked about reducing our chicken population. Sure doesn’t look like we’re headed in that direction, does it?