I find this all a bit disconcerting . . the procedures that have worked perfectly for so many years have now changed. According to Ball/Jarden, we are no longer supposed to boil our canning lids before using them. Worse seems to be that at Jarden, the left hand isn’t quite sure what the right hand is doing. From recent dealings with them on some defective jars, to the new lid procedure, as a canner, I’m not feeling real confident with them, especially with them having such a huge market share of the canning industry.  It seems to me that with years and years of being told to boil lids, and now boiling lids isn’t the thing to do, there should have been some big press release. Instead, the information has come through it bits and pieces and has changed at least once since the new lids have been released. Below are photos, front and back, from two boxes of lids currently in my kitchen.

The first box indicates it is “BPA Free”, which should mean it is one of the newer packages. 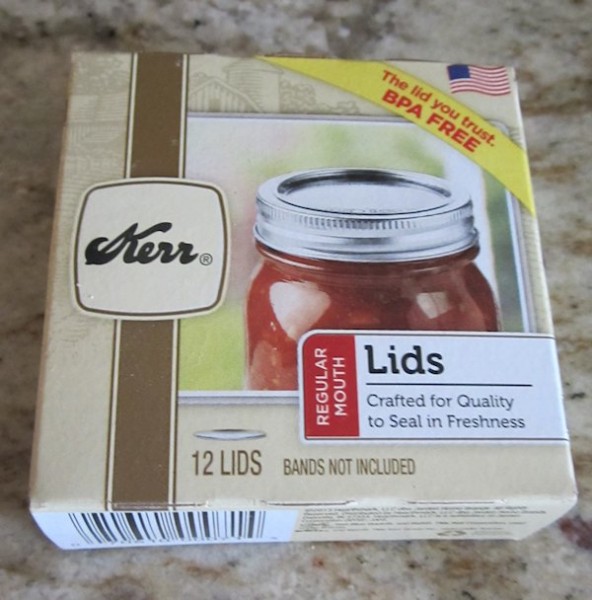 But on the back, it still indicates to boil the lids.

The box shown below does not state that it is BPA Free but it has the American flag on the box and it says “Made in USA” so I’m supposed to know that it’s BPA Free. Honestly, since we don’t know what they used to replace the BPA, and since generations have been using lids that did contain BPA, I don’t know that I feel any better with BPA Free lids or not. 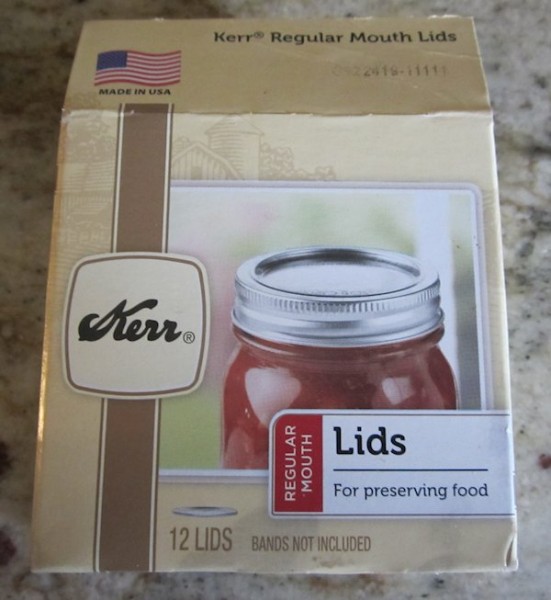 Even though the change in boiling instructions is supposed to have nothing to do with being BPA Free, this box does not say “DO NOT BOIL”, but simply says wash and set aside.

Theresa Loe has a great post here about the new lid procedures.

For quite some while I’ve been microwaving a big cup of hot water . . not even to boiling, and sticking my lids in there before using them. It seems that I always had both my front burners, which are my big daddy burners, going and sticking a small put of jar lids on the back burner, then reaching over the big pots in front to get to the lids in the little pot in the back always resulted in at least one skin burn so I decided I’d just use the hot water in a cup method and so far . . we’re still alive.

Honestly, how many experienced canners read the instructions on the back of a box of lids, when they’ve gone through hundreds, if not thousands of boxes of lids during their lifetime?  And if you did read that, would you say “Oh, I’m not supposed to be boiling these lids any more?” I doubt I would!