After the yogurt posts recently, several have asked about making Greek yogurt.  For any who may have missed the post, I am now using the Cuisinart yogurt maker and I love it! I make a batch of yogurt at least every other day. Several readers ordered this yogurt maker and of those I’ve heard from, all are loving it. It’s probably been a decade since I took antibiotics and I’ve had two rounds in the past month and will probably have to take them again after the lithotripsy next week so I’m eating more yogurt than I would normally be eating, trying to keep the good bugs in my tummy happy. 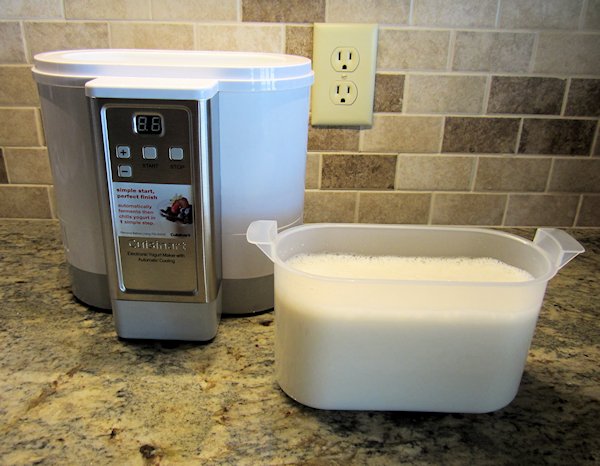 The Cuisinart yogurt maker makes it so easy to make perfect yogurt, but it does make fairly small batches. I guess that’s good because yogurt, at least homemade, is better if consumed within a couple of days of being made. 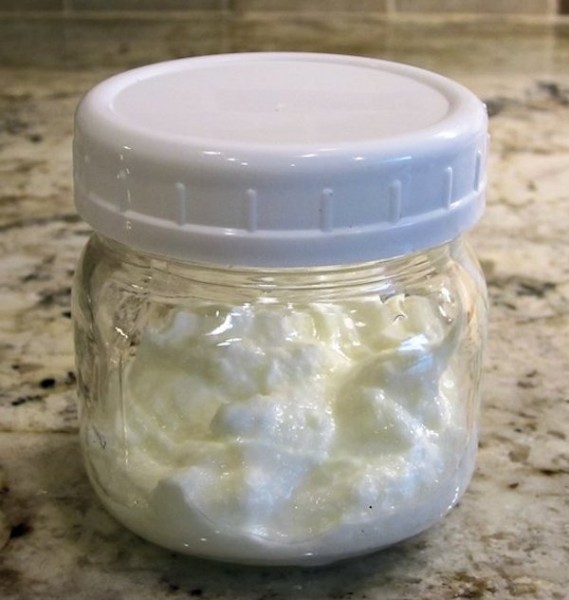 Starter for Next Batch

No matter what type of yogurt I’m going to make, the first thing to do once a batch is made is take out enough for the next batch’s starter. 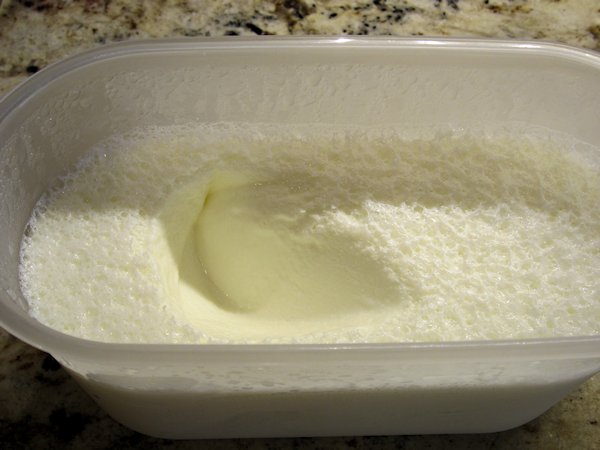 This is the texture of the yogurt once it’s made. If I want Greek yogurt, I will strain it. There are several strainers available. If you’re a serious Greek yogurt lover and want the best strainer, even though it’s a bit expensive, the bouillon strainer is the best! I bought this strainer hoping it would work for the prickly pear juice so I wouldn’t have to strain through multiple layers of cheese cloth. I’ll have to wait to see how that works but it is amazing for yogurt. 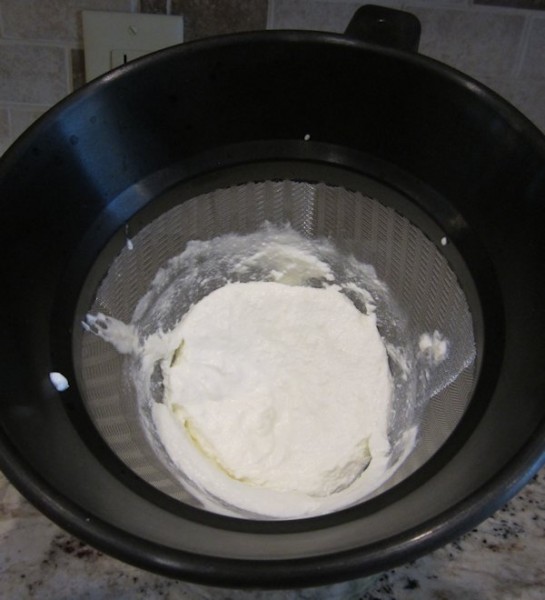 I simply place the yogurt in the strainer and put the strainer in a big container that will capture the dripping liquid. I covered it with a dish towel and left it in the fridge for 4 or 5 hours. 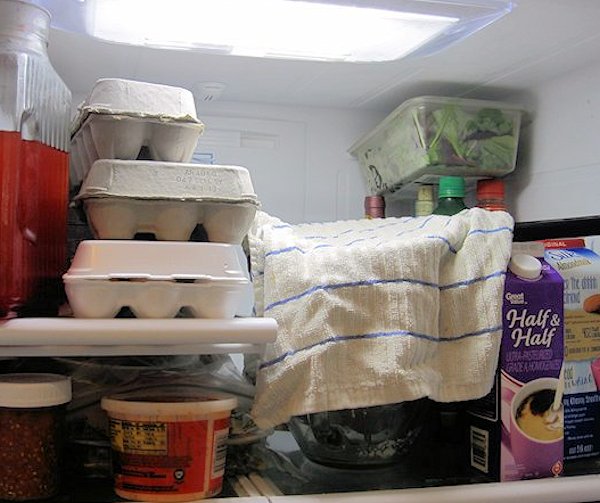 Yogurt in the Fridge

When all the whey had strained out, I was left with almost a pint of whey and a pint of yogurt. This is from 4 cups of milk. 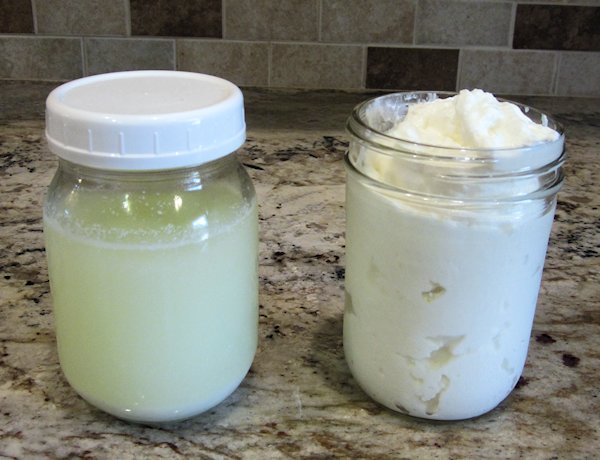 Removing the whey definitely changes the taste of the yogurt a bit. Of course, it makes it thicker but it also makes it less tart.

So, if I remove the whey, what am I going to do with it? You know I’m not going to pour it down the drain. Yogurt whey is high in calcium so if I have it when the tomatoes are thriving, I’ll pour a little of it around the tomato plants. Some day I’m going to try making ricotta . . maybe I’ll try that next week. Mostly, I just use it in place of water for my breadmaking. 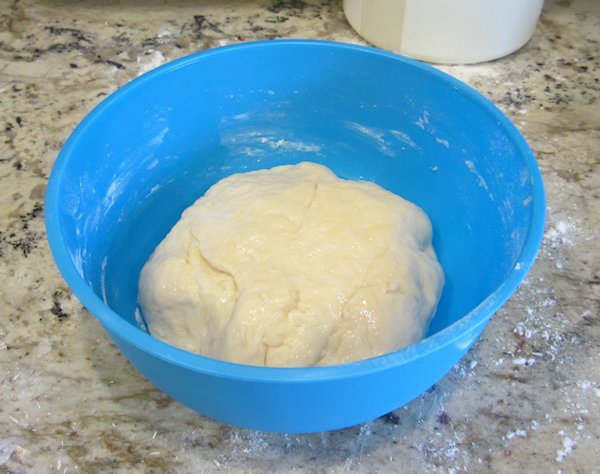 For our after work snack today, we had yogurt with prickly pear jelly. That was a good treat and fairly healthy!