I wish that folks who don’t like to cook could come and spend a week with me!  Sometimes I do make meals that take hours but sometimes, things go together so quickly that I amaze myself.

Last week when I was talking about tomatoes, a reader left a comment about Sweet & Sour Sauce that she cans. I remembered that I had done some of that last year using this recipe. I checked my pantry and found that I had only 2 jars left so over the weekend, I made two batches, which was 14 pints and tomorrow, I’ll probably make two more batches. That will give me 28 pints and I’ll share some with Chad and Nicole. It’s so nice to make it now while the tomatoes, peppers and onions are “free” in the garden. 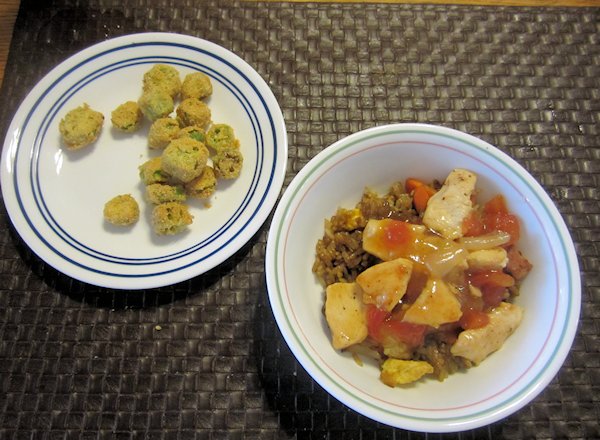 Most of the time, when I make Sweet & Sour Chicken, I plan it for a night or two after we’ve grilled something else and I put extra chicken breasts on the grill so all I have to do is take them out of the fridge, slice them up and pour sauce over them but today, I had to start with raw chicken. Tonight we had fried rice (from leftover rice), and okra from the garden.

These are the ingredients I began with for the Sweet & Sour Chicken, except I forgot to take the soy sauce out for the picutre. 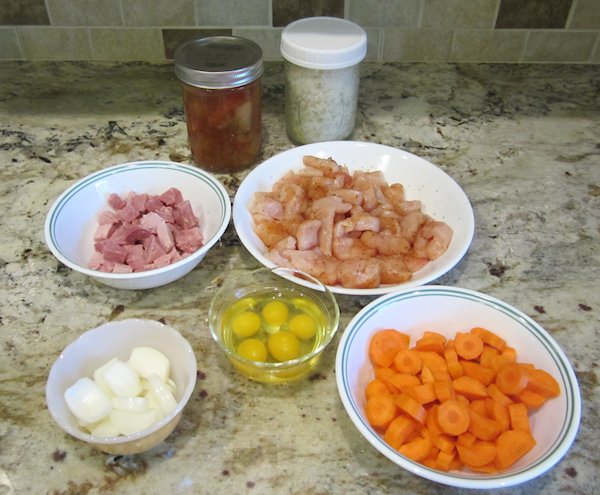 There are (clockwise beginning the back), the jar of sweet & sour sauce that I canned, the jar of leftover rice (I store leftovers in Mason jars because they go in the dishwasher), sliced and seasoned chicken, carrots (from the garden), eggs (5 little bantam eggs from our chickens), onions (from the garden), and diced ham (from the hog we bought from a friend). I would have added peas except I thought I had some in the freezer in the house and didn’t and I was too lazy to go back to the shop to get them, and green onions except I was too lazy to go to the garden and get them. 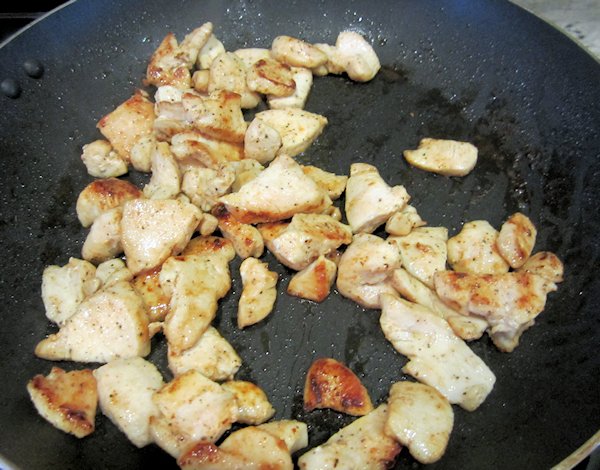 The chicken was browned in a skillet and then transferred to a pot so I could use the skillet for the fried rice. 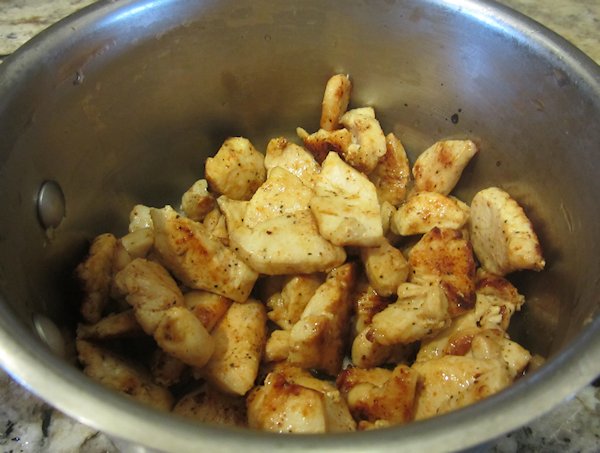 The jar of canned sweet & sour sauce was poured over the chicken and it simmered while I cooked the rice and fried the okra. 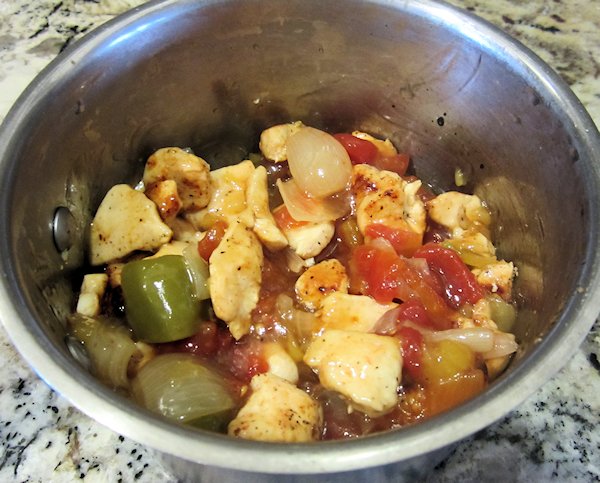 The eggs were beaten and allowed to cook in the skillet. 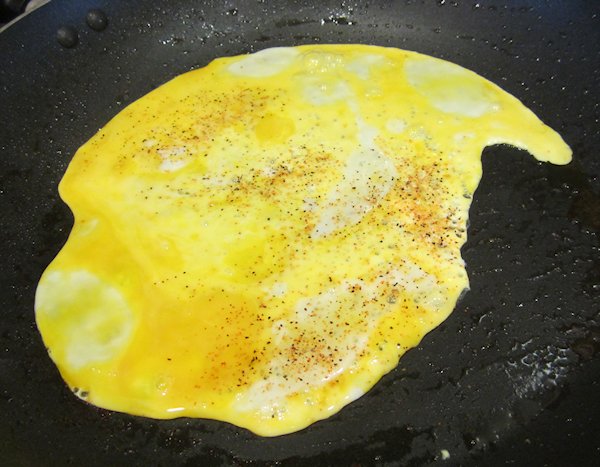 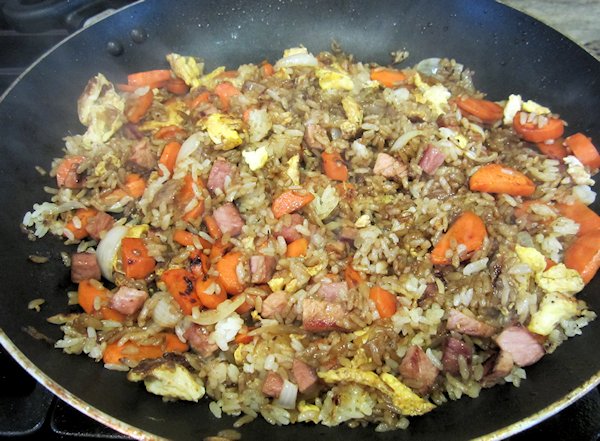 It took me longer to write this blog post than it did to cook dinner and it would have been even faster if I’d started with leftover grilled chicken!  It was so good and so easy and a breeze to clean the kitchen tonight!