There was a box in my sewing room that needed unpacking. It had some quilt related items . . the applique pressing sheet . . you know how much I use that!  🙂  There were 11 chain blocks in there too. Not sure what those were for but I’ll figure out something to do with them. 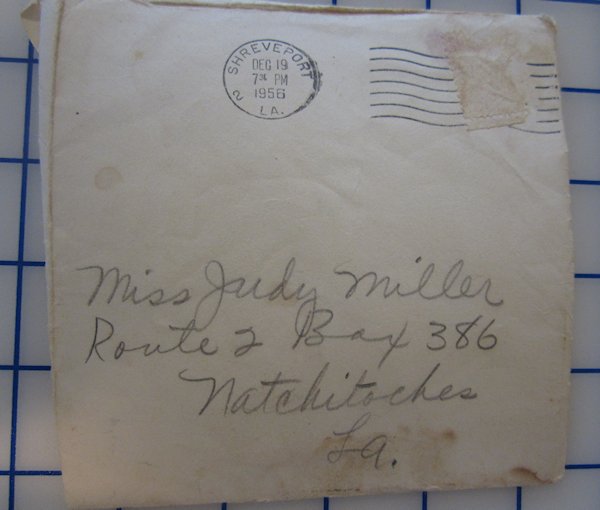 This was sent to me by a great uncle.  I was 2 years old and we were living in Natchitoches, Louisiana at the time. It’s funny because almost since Vince and I have been married, I’ve begged to move back to Louisiana. Several months ago, we were in Natchitoches and Vince fell in love and I think with just a little coaxing, he could be persuaded to move to Natchitoches. I wonder what’s at Route 2, Box 386 these days. 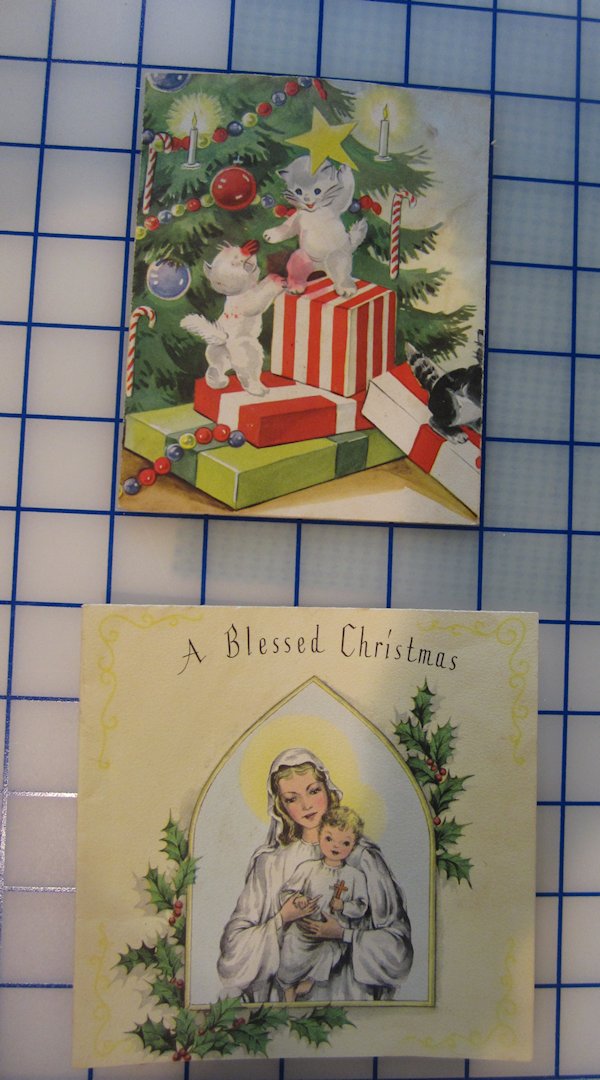 These were the cards that were in the envelops. They were each from a different great uncle and I’m not sure if they were sent in the same envelope or not.

Also in there was this: 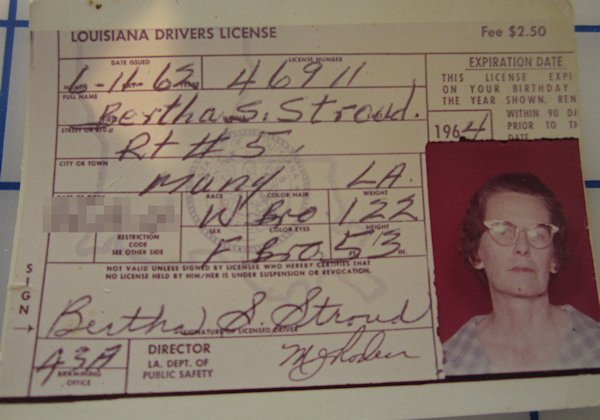 My grandmother’s driver’s license from 1962. I’m so happy to have this! My mom gave me these things several years ago, probably about the time we were packing to move and they got packed in with my sewing stuff. They’re in a safe place now and I hope some day Addie will cherish them . . as I do now.