She raises show llamas or llamas for showing and selling . . all I know for sure is . . she’s a llama mama! She sells yarn made from their fiber and I think it sells out about as quickly as she gets it in from the spinner.

A while back she sent me yarn – 90% llama and 10% colored waste silk.  I was to make something and send it back to her so we went back and forth on a few designs and decided on Vitamin D. It was a whole lot of knitting with a sport weight yarn but the sweater is swingy, light, but definitely warm with the llama fiber. 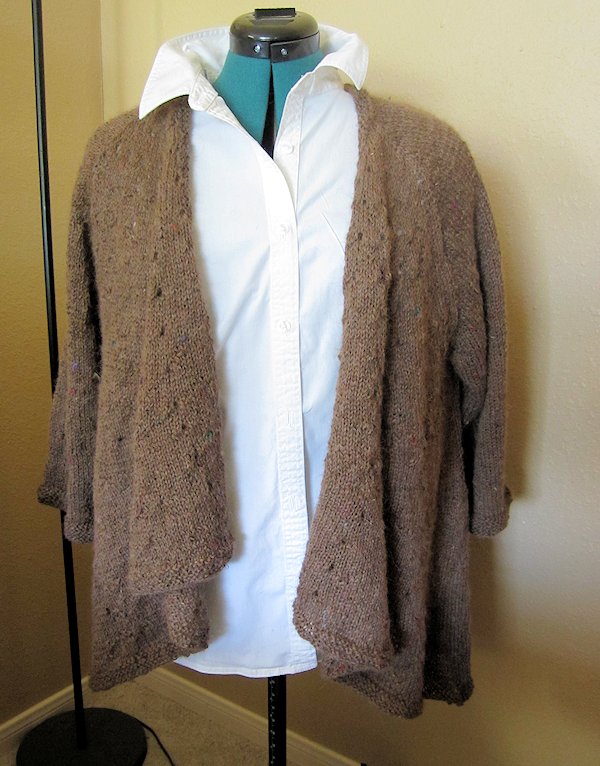 I wasn’t sure if the “holes” were going to show up with the halo of the llama yarn but they do. I love this sweater!

Each time Terese (I originally knew her as “Giz”, her name on the AAMB, and that’s still what I call her so saying “Terese” is hard for me) talked about the different yarns she had, I resisted but last night, when I tried the sweater on, showed it to Vince and he was impressed . . wanted to see what it feels like . . I had to order some for myself. 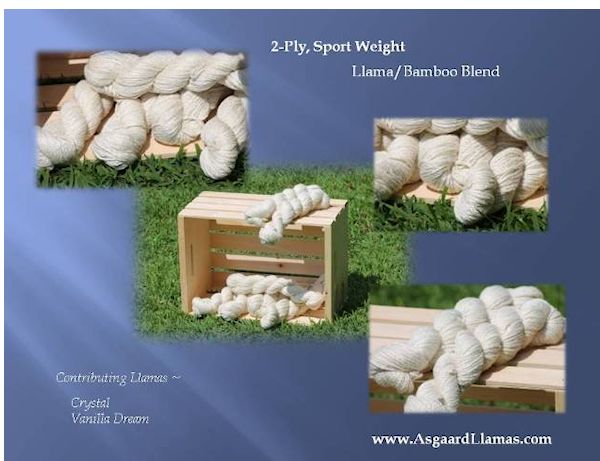 The yarn is white and she told me it is “HIGH LUSTER”. I cannot wait for it to get here. She only had 7 skeins of it, or 1400 yards. I was thinking of making a Vitamin D for myself but there are so many other things. I also thought of Wanderling since it recommends sport weight yarn.

I also thought of making il grande favorito and since there isn’t enough of the white yarn, maybe adding some stripes below the waist and on down the bottom portion using the leftover brown but I’m not even sure I would have enough to do that. I’ll have to do some calculating.  There’s plenty of time to think about it . . I have other projects that have to be finished before I can start working on it anyway!