Chad, Nicole and Addie left Louisiana this morning, heading back to Missouri. They have, what would be for anyone else, about an 11 hour trip, but it will, no doubt, take them at least 15 hours. I will never forget the first trip from MO to LA with Chad. He had me stop every 10 miles to take a picture of something. I thought we would never get there.

When they went to Louisiana last week, I expected them to get there about 7 p.m. but no . . they got there about 11 p.m.  Chad said “Mom! You can’t believe how pretty some of the areas are in OK” and that told me that they took lots of little side road adventures. He said “Nicole will send you the pictures!” Yes, they enjoyed the trip and that’s good. I’m glad they aren’t always in a rush to get where they’re going and they miss seeing the pretty stuff.

Nicole sent me  this and said “Look where GPS took us” but she was just joking. They say an interesting path and decided to take it.  I can see why it took them so long if they’re traveling these kinds of roads from Missouri to Louisiana. 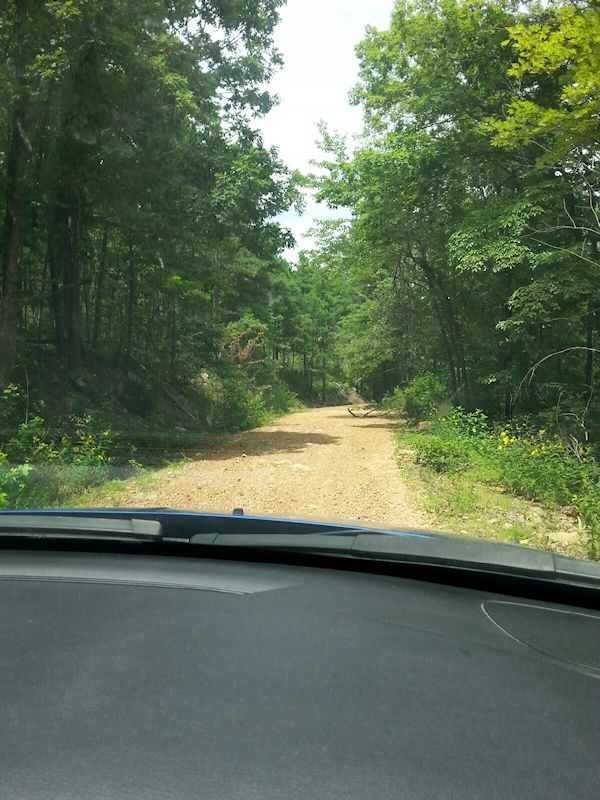 I’m thankful that Chad seems to have acquired my love for the back roads and he can see the glory in nature and especially, that he takes the time to recognize the beauty that surrounds him in his every day life. The boy does love being outside, the country, and the unbeaten paths.

So, today they left Louisiana and I was calculating in my head what time they should get home. I got a phone call from Chad and he said “Mom, our old house in Jasper is for sale!” I said “You went by there?” Yes, and he told me all the things that had changed since we lived in there . . the kids’ swings from the treehouse were gone and there was a bench type swing; the woods along the back of the house were grown up. Chad was 4 when we moved from there but he still has good memories of that house, the yard, the things we did there. 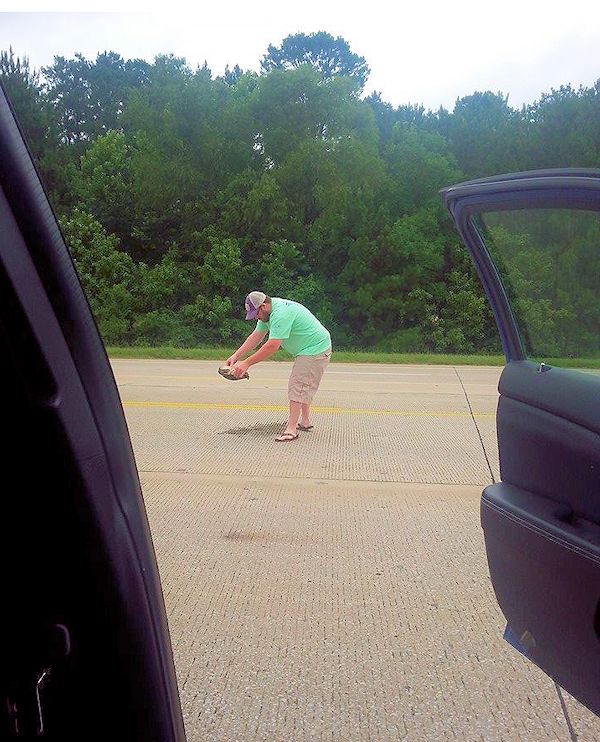 A turtle . . in the middle of the road . . on its back!  Chad decided to stop and help it. He’s such a tender hearted young man!

The FB comments are funny and reminded me of an incident I would like to forget!

When Chad was in college, he decided the desks/chairs were just too hard and uncomfortable for him so he pulled a sofa from a sitting area down the hall, across a freshly waxed wood floor, into the classroom so he could stretch out comfortably during class. This was the instructor who left the comment about him pulling the sofa down the hall.  Vince was teaching at the school and he said he heard a big commotion, and realized the teacher was not real happy, nor was the custodian who had to figure out how to fixed the wood floor that Chad had just scraped up dragging the sofa to the classroom. Vince came home that night and he said “You’re not going to believe what Chad did . . ” Oh, dear Vince . . by the time Chad was in college I was so far past not believing what Chad did . . not much surprised me at that point.

I hope Chad, Nicole and Addie have a safe trip home. I hope the turtle goes off into the woods and lives happily ever after. I hope Chad washes his hands with lots of soap. I hope some day he realizes what parents go through when their kids are a bit too “spunky”.