Coffee is one of those things I’ve never learned to like. I’ve always wished I liked it but for the life of me, I cannot figure out why anyone would like it. It smells so good but it tastes so bad.

There was a Dairy Queen not too far from our house in MO and for some reason, I drank a few MooLattes® there.  I would always say “easy on the coffee syrup”! When traveling to MO, I stop at the McDonald’s in the median along the interstate and every now and then, I’ll get an iced coffee and I tell them the same thing . . easy on the coffee.

Every now and then I would decide to try to make iced coffee at home.  I usually started with leftover coffee that Vince had made. Often by the time I got to the coffee pot, it had been a while since he turned it off and it was no longer hot. I would add ice, which watered down the coffee and I never ended up liking it.

Based on Liz’ recommendation and from reading other sites, here’s what I ended up doing to create a yummy iced coffee drink. 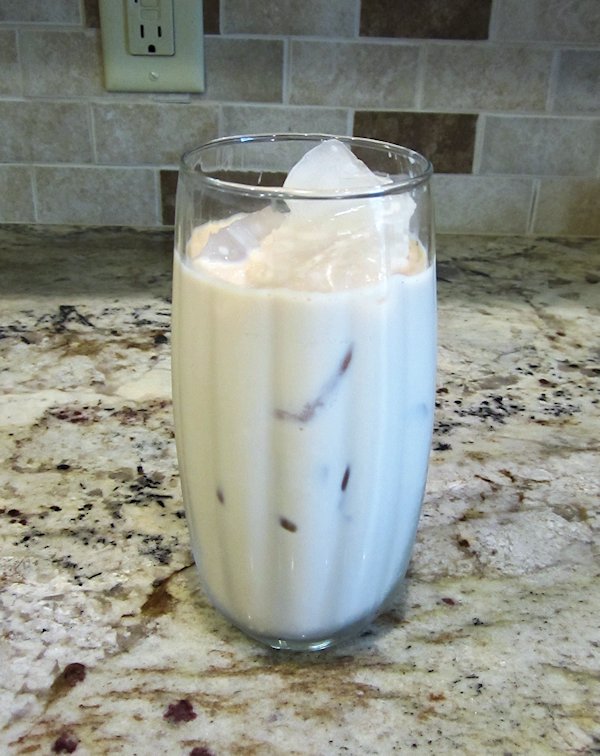 You don’t have to tell me it looks like coffee milk . . Vince tells me that every morning. I’m working my way up to more coffee.

Before I go any farther, please note that I am not a coffee connoisseur. I’m perfectly happy with whatever Vince has left over. He tries all kinds of coffees . . not the flavored ones, but just different brands. There was some kind of Kona coffee the other day and now it’s Community Dark Roast . . a bit strong for me but hey . . it’s what I have within reach. 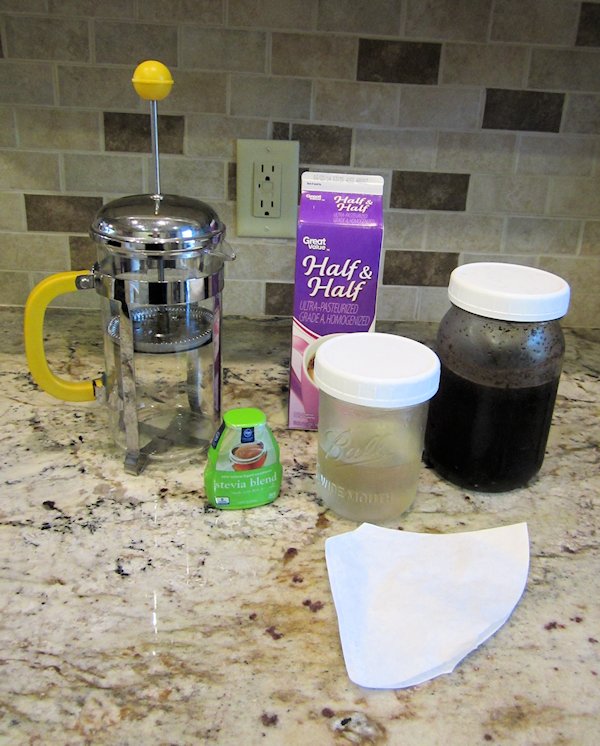 This can be done either in a French Press type coffee maker or a Mason jar. At first, I was using the French press but I was afraid leaving it in the fridge overnight, it might get broken. It’s so much easier in a Mason jar so that’s what I’ve been using.

First, I cold brew the coffee overnight.  I don’t even measure. Isn’t that a horrible thing? And then I go and write about it like I know what I’m doing!  I dump about 1/2 cup of coffee grounds in the bottom of the jar and add water. I don’t measure the water either but I know that with the jar about 2/3 full, that gives me enough coffee for 3 drinks and I only drink one a day . . so far.

After adding the coffee grounds and the water, I add a lid and shake the jar up a bit, then stick it in the fridge late in the evening. Sometimes I shake it up a bit before going to bed. I get up in the morning an hour or so before fixing the coffee so I swirl it around again. 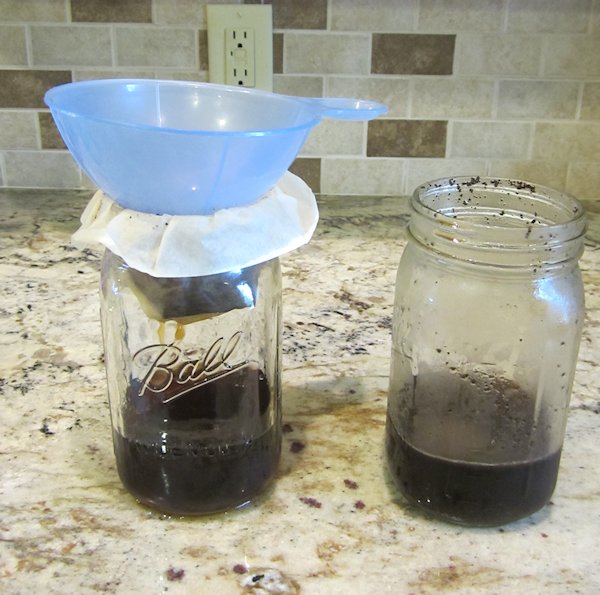 Then I stick a coffee filter in the top of the Mason Jar and add the canning funnel, pouring the coffee, grounds and all, through the filter. 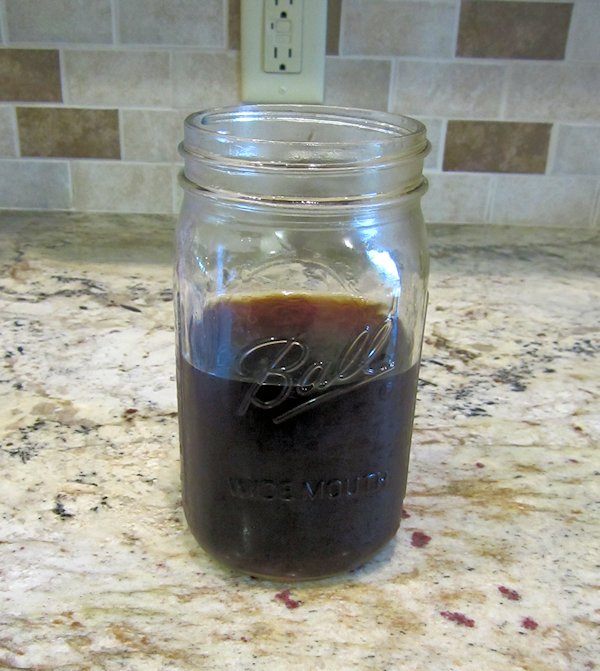 Then I pour a little of the coffee into my glass and the remainder goes into a smaller jar to be stored in the fridge for the next couple of days. 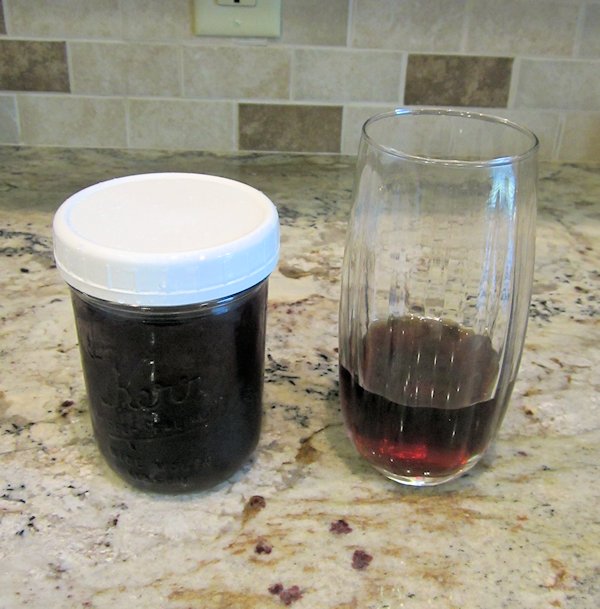 Next, just add some sweetener and milk or cream. I use Half & Half because that’s what Vince uses in his coffee and it’s in the fridge and, it’s the next best thing to heavy cream, which I would probably use if we had it!  🙂

For the sweetener, I started out using simple syrup, which I pretty much always have in the fridge, but I’ve been using Stevia Blend from Kroger and just a few drops makes it plenty sweet enough, without the added calories of sugar.

I don’t even know why I was determined to like coffee, in some fashion, but I’m really liking these iced coffees.