Four days ago, there were still three full days left in June, and I was quite enthusiastic that I would get the Vitamin D project finished before time to begin the second Camp Loopy project.  July 1 is here and that’s when I can begin working on Project #2. Since I’m making Carabe for Nicole, I need to get started as soon as I can. It’s a sweater with long sleeves and color changes and button holes and . . it’s going to be tough for me to get it done in a month.

Saturday –  Vince offered to help in the garden and I wasn’t about to turn down that offer. We ended up working well past noon, then we had errands to run, then  . . there might have been a long afternoon nap! Then there was dinner to fix and . . knitting was never touched.

Sunday – Vince wanted to go to town and do a few things. He wanted me to go with him so I did. I got something I want to show you and he said NO! I can’t show you. It’s purple and I love it!  Anyway, we came home and he decided he needed to go back to town . . retirement is going to be so much fun!  🙁  We went back to town and while we were there, we decided to run by Kroger. They had mushrooms marked down and I bought 8 pounds. 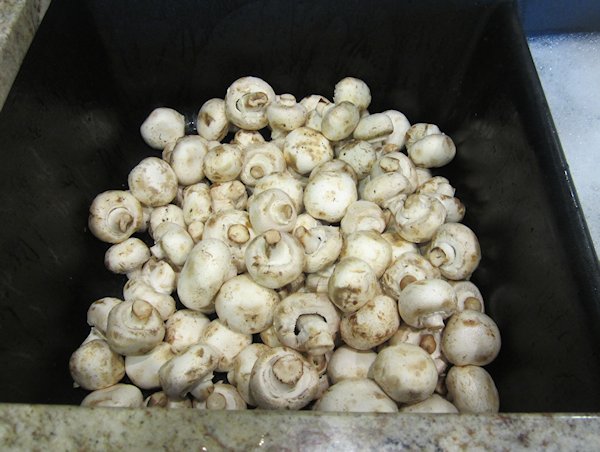 That’s a heck of a lot of mushrooms! I washed them and sliced them. Then my friends on Facebook told me that an egg slicer works great for mushrooms. A little late but I ordered one. I’ve never had one!

Monday (yesterday) – The mushrooms had stayed in the dehydrators all night so I got those out and vacuum sealed them in jars. I ended up with 10 pints. 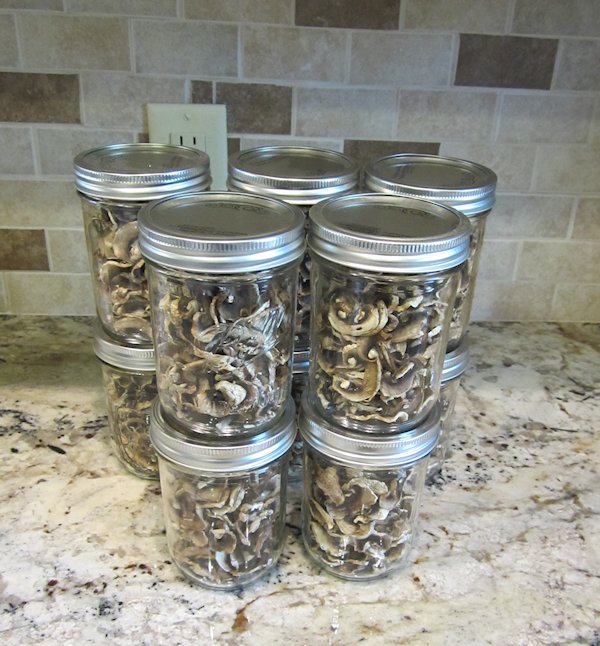 I would love to start Carabe today and I need to start Carabe today but worse, I need to get all the short rows done on Vitamin D before I stick it aside again. It’s so hard to figure out where I left off so this afternoon, I am going to knit and hope I can get through at least the first batch of short rows done today or tomorrow. That will make it much easier to pick up where I left off when I can work on it again.

Who else is doing Camp Loopy? What did you decide to to?