When we moved to Texas, I don’t know what happened to us but I don’t think I had ever eaten a whole jalapeno pepper in my life and now, we eat them all the time . . in our scrambled eggs, in our tuna salad, in our gravy . . it’s like something is missing if there isn’t a jalapeno pepper somewhere in there.

Over the weekend while Vince was dragging me all over town, I found this cute little jalapeno cooker! 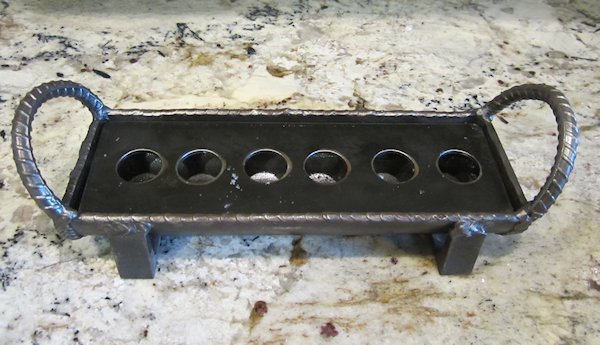 Last night I picked 6 jalapenos out of the garden and stuffed them. 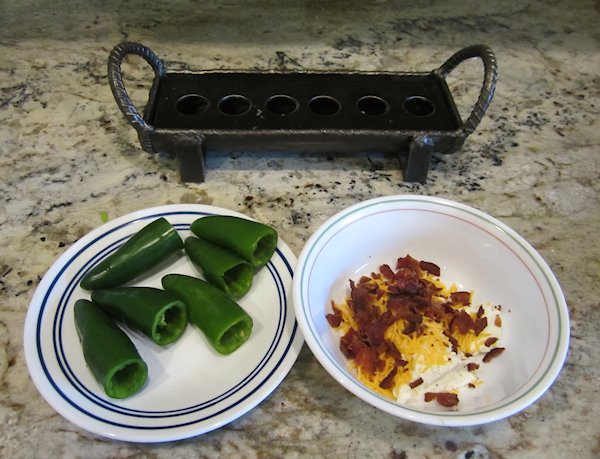 For the stuffing, I fried some bacon and crumbled that, used goat cheese instead of cream cheese, and a bit of cheddar. 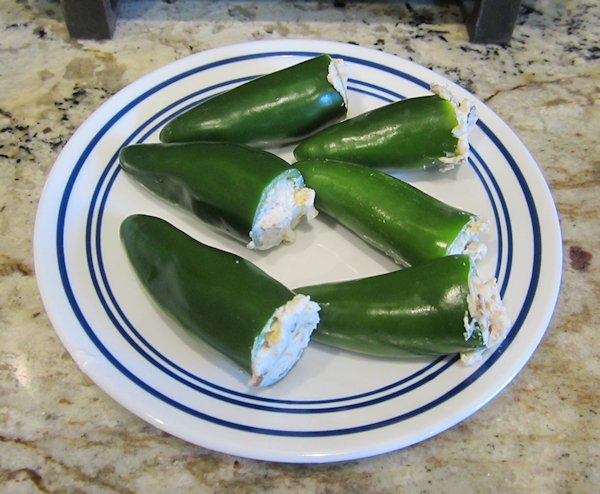 Then I wrapped each pepper in half a strip of bacon. To secure the bacon, I just ran a toothpick through the bacon but didn’t make a hole in the pepper because I didn’t want all the stuffing to melt and run out. 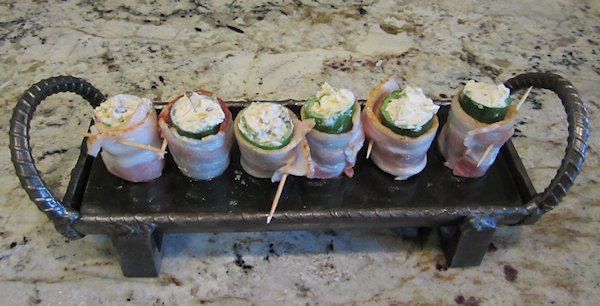 Onto the grill they went. It took about 35 minutes for them to get completely tender but they were fresh off the vine and rather crispy . . sometimes the ones in the stores aren’t so crispy/crunchy. 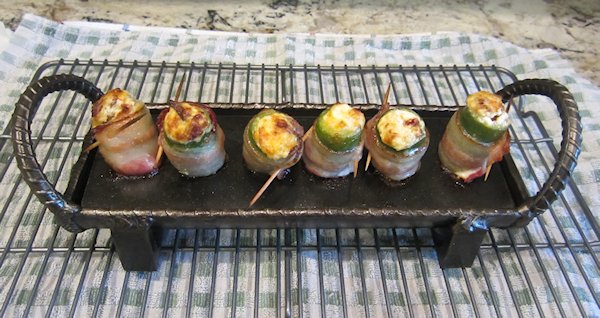 They were so delicious!  I think I need a double jalapeno cooker because 6 just isn’t enough for the two of us and I’d hate for Vince to have to sit and watch me eat them and not even get to taste one!  🙂 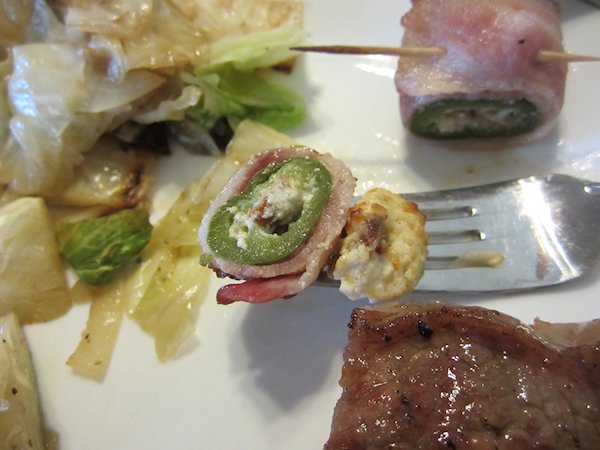 I wonder if one can get addicted to jalapeno peppers. I think I might be . . 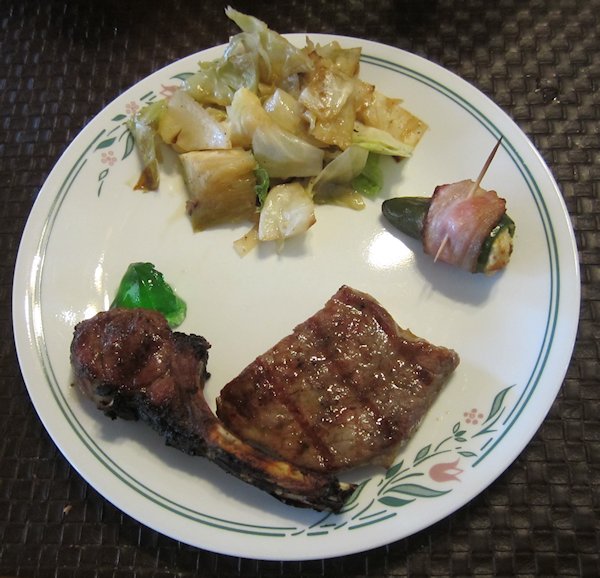 We did have other stuff — cabbage, lamb chops, we split a steak and Vince had eggplant salad. For some reason, I don’t really like the eggplant salad too much but he loves it so I fix it for him. Good wife, huh?