You know what Week 26 means? For me, it means we’re halfway through the year, are pretty darned close to halfway and I can only hope my numbers improve tremendously before the end of the year. We shall see!

There wasn’t a whole lot of knitting time this week, with no finishes that would allow me to report the yarn usage. The garden is producing a lot and keeping me busy. I’m not complaining about that!

As far as yarn added, there was a little of that but I don’t feel like it was willy nilly buying. See . . I can convince myself of most anything! 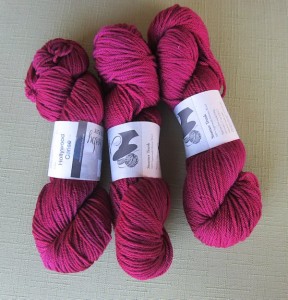 First, I love that Mrs. Crobsy Steamer Trunk yarn that I ordered for Nicole’s sweater (Carabe) for Camp Loopy project 2. Addie’s matching sweater will be made using the same color but a different weight (Carpet Bag, which is DK weight). I wanted to make them each a cap to match so I ordered 3 more skeins of the Steamer Trunk in the Hollywood Cerise color. 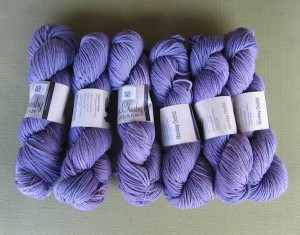 Then I came across this Mya’s Jacket pattern for Addie. I sent the link to Nicole. She liked it. Then I sent her the link to the Mrs. Crosby’s Steamer Trunk yarn and she chose Monkey Orchid so I ordered 6 skeins of that. See . . there’s a dedicated project for almost each yarn purchase! 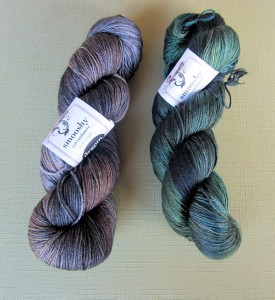 But then . . The Loopy Ewe has monthly “Celebrations” yarn. I haven’t ordered a single month’s yarn . . til now. I had to get “Glamping on Loopy Lake” because (1) it’s so pretty and (2) it’s Camp Loopy time!  Then I noticed “Jack is Back” from May. The color for May was celebrating the return of Jack Bauer and 24, which I don’t watch but I thought the color would be great for a pair of socks either for Vince, even though he’s never once worn the first pair of socks I made him! Maybe I’ll make them for my dad. He wears the socks I make him.