With raspberries being on sale for 99¢/pack at Kroger this week, you can imagine how many packages my  husband bought. I made a double recipe of  the Raspberry Chocolate Jam. Lots of that will be given away. Nicole has already said “You’re bringing some of that when you come, aren’t you?” 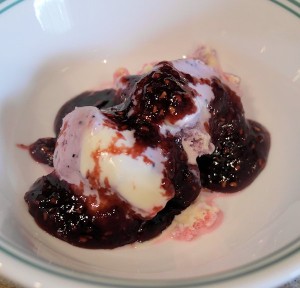 Yesterday I made two batches of raspberry jam. I think that was 20 half pints and by the end of the day, I had already given away 5 of the half pints. 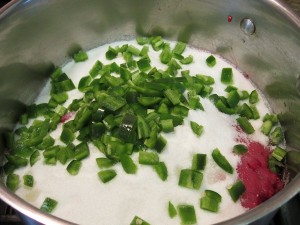 This was made by simply adding 4 or 5 chopped jalapeno peppers to the regular raspberry jam/jelly recipe. 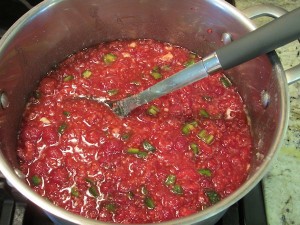 This is not only pretty, but it’s so good on cream cheese with crackers, or on brie, or on toast or a biscuit. 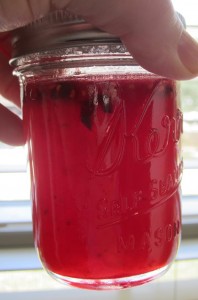 Over the weekend I opened a jar of carrot cake jam. As soon as that’s finished, the raspberry jalapeno jam is next!

I also made raspberry syrup for making raspberry lemonade. 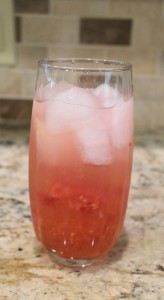 If anyone is looking for me for the next half hour or so, I’ll be on my porch sipping a raspberry lemonade!