The red hens have new neighbors! The red hens are quite intrigued. Turkeys speak a different language than chickens and the red hens were anxious to see who had moved in next door. 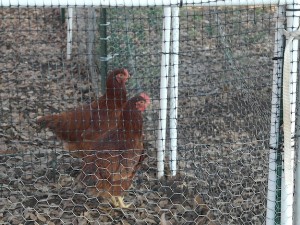 The little turkeys were real apprehensive about venturing outside. They had spent about 24 hours in the coop and we were hoping they were adjusted to their new surroundings enough to come out and play, then go back inside at dark. 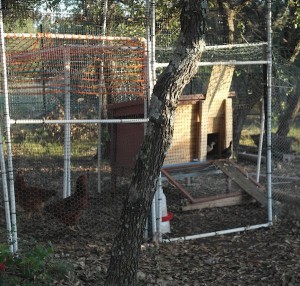 Exploring the Outside World

The turkeys did finally come out. There was a steady stream of red chickens at the fence checking them out. 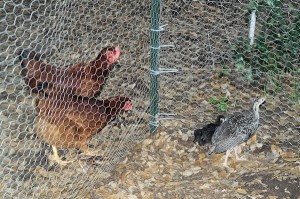 When it got dark, the turkeys did not go inside. I waited and waited and they decided to bed down beneath the little ramp they use to go back inside so I ended up waiting til they were asleep and going in and catching them and putting them back in the coop. Let’s hope they do better tonight!