We spent a big part of the weekend moving chickens around. At this point, I think we’re making a bigger deal out of this than it should be because there’s no way we should be having so much trouble.

The coop pictures were all before we painted them! 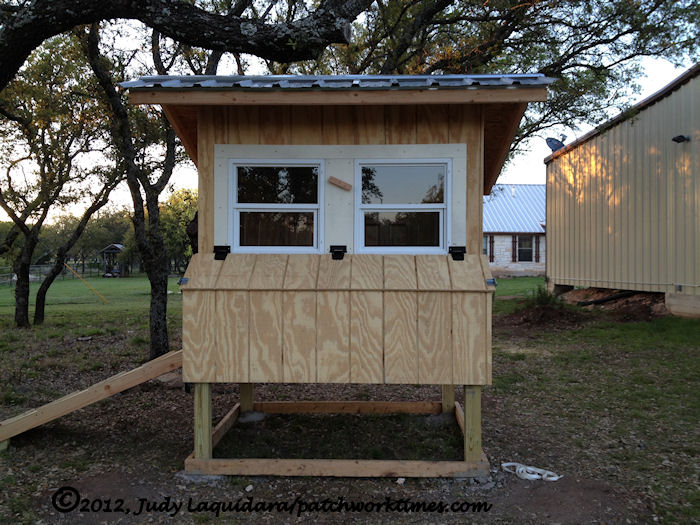 In the big coop, we put the 13 chicks we got earlier this year. Ten red laying hens and 3 Black Tailed White Japanese Bantams. Nothing has changed there.  The four hens that had survived the dog attack got moved over with the 6 bantams but one of those hens was mean to the bantams so we put her in with the three Dominique chickens.  She has been harassing those two hens. The two Dominique hens are so docile and kind and that red hen spent her day terrorizing them. The rooster intervened some but I think he got tired of trying to stay between them.  Saturday night Vince said . . too bad for the red hen but I’m just putting her outside and we’ll see if she can make it on her own. 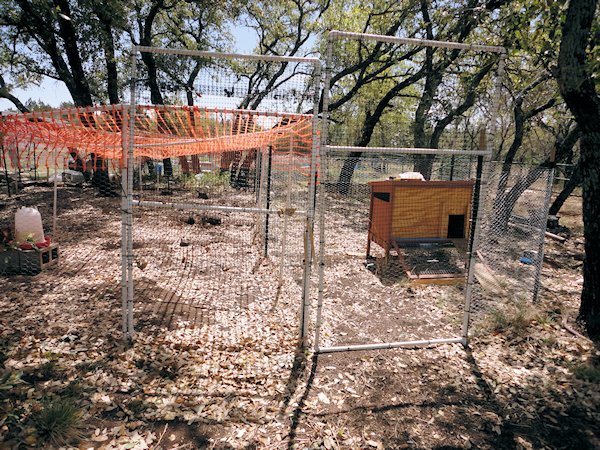 The small coop is just a little storebought coop but it’s been good for a nursery, a chicken jail and a chicken hospital.  Yesterday evening, before dark, I talked Vince into having mercy on the mean red hen and putting her in there. But, the three chicks we got a while back were in there so we decided to move the three red hens from the bantam coop and put them in with the Dominique chickens. 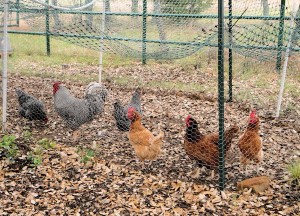 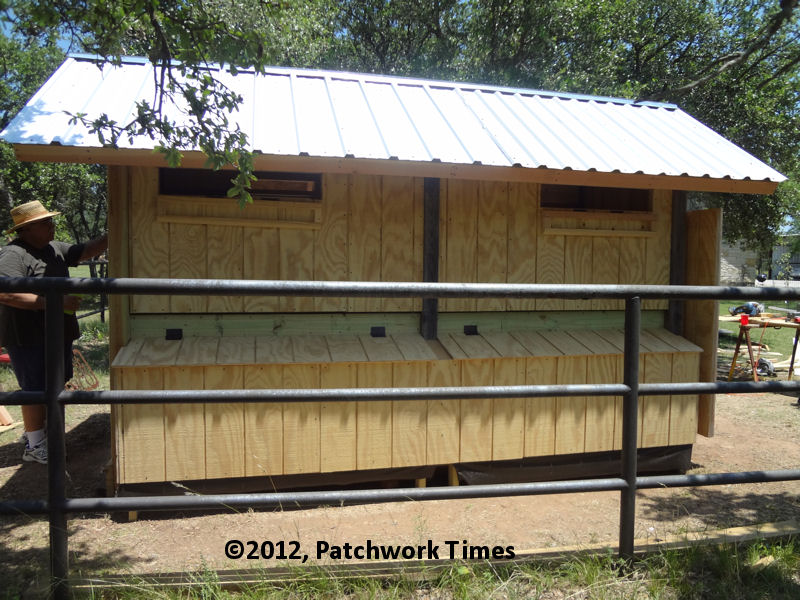 In the duplex, we had the three Dominique chickens – 2 hens and 1 rooster. They’ve been in the north side of the duplex since the beginning. In the south side of the duplex were the silkie bantams, who all died in the dog attack but 6 of the eggs they had been sitting on hatched so those 6 chicks were in there.

We put the three new chicks in with the 6 bantams. They aren’t exactly all thrilled to be living together but there wasn’t much bickering. 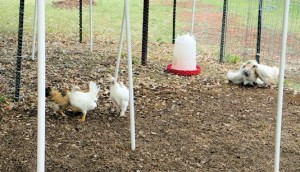