Leftovers often don’t thrill me . . unless I can find some way to spruce them up a bit.

With any foods I cook, if they’re the type foods that heat up easily and still taste good, I always try to make extras. The other night we had grilled chicken, fried apples and fried sweet potatoes. We had also grilled some sausage. The leftovers all went into one container. 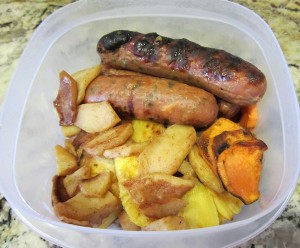 When it was time to cook dinner a couple of nights later, the chicken and sausage were sliced. 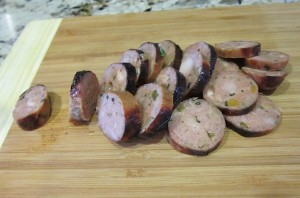 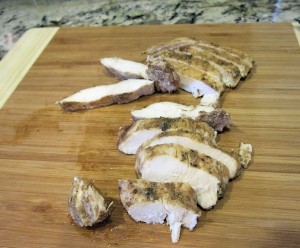 The pineapple slices were cut into chunks. 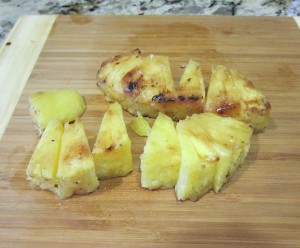 A little olive oil was poured into the bottom of a skillet and then the chicken, sausage, pineapple, leftover apples and sweet potatoes were added. Once the foods was hot, I added a little orange juice. 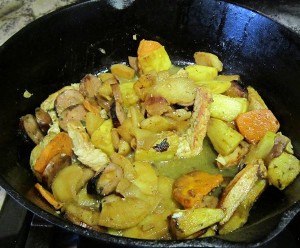 In a separate skillet, I browned more of the leftover sausage, added kale and cooked it til it was barely done. 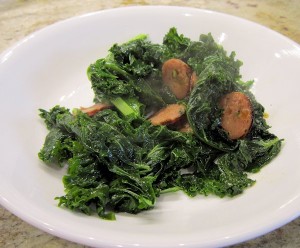 The meat mixture was spooned over the kale, a little grated parmesan cheese was added. 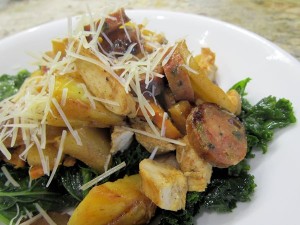 You tell me that doesn’t look yummy!  It was such a good use of leftovers even better than the original meal.