A couple of weeks ago, on a Saturday, way early for a Saturday morning, I got a call from the post office that my mealworms were there. The sender had placed a note on the box for them to call me to come pick them up but the lady at the post office said they would be happy to deliver them. 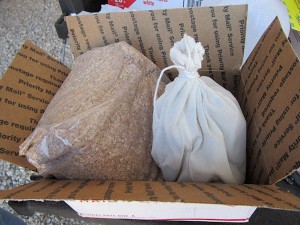 The worms were so neatly packaged in a little drawstring muslin type bag with crumpled paper and a few slices of potato for them to feed upon. There are many sources online for ordering the live worms. 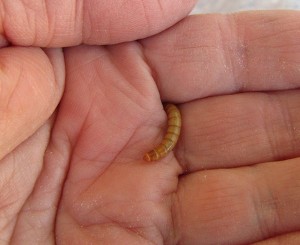 This is what size they are. He was looking for a dark, safe spot and trying to crawl between my fingers. 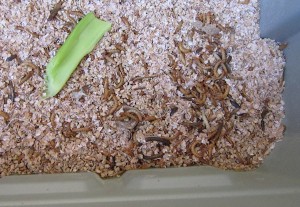 I put them in their bedding, which is a mixture of chick starter (feed) and wheat bran. I gave them a couple of chunks of celery, which they seem to love. 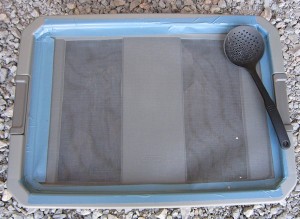 Vince cut sections out of the lid to a plastic tote, and then covered it with fine mesh screen. They will live inside the well house until our nights are above 40º. 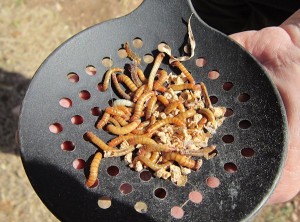 A few of the unlucky worms have already become chicken treats.

I read that each female beetle can lay 500 eggs. I am going to have some happy chickens!