I know I’ve mentioned this before but en my entire married life, I’ve never stayed in one house very long.  About the longest I’ve stayed in any one house since leaving my parents’ home has been about 5 years but there were lots of 2 year stays.   I’ve had at least 18 houses in 40 years.  For those who have moved around that much, you may have experienced the same feelings we’ve had . . in that we never really do anything to the homes we buy because we know we’re not going to be there long. We just live with things the way they are . . never change carpet, never paint walls, never do anything!

Here, it’s all different because we plan to stay forever. I know I’m driving Vince nuts. One thing leads to another.  I’ve never liked having things on the countertop. In some houses, we’ve had appliance garages and the coffee pot and mixer went in those. In one house, there was a little spot built for the coffee pot . . separate from the rest of the cabinets and I could live with that.

We have no special place for the coffee pot here and with the new countertops, and the new cabinets, I wanted everything off the counters so we’ve ordered the drawer to go in the pantry and moved the electric plug into the pantry for the coffee pot.  Because the lighting isn’t great in the kitchen, Vince is installing under cabinet lights.

Even the paper towels can’t sit on the counter so I ordered paper towel holders that will mount under the cabinets – one for the kitchen and one for the new cabinets. 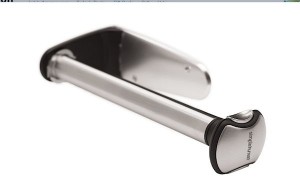 The old Kitchen Aid mixer weighs a ton and I have it in a cabinet. I have to push and pull to get it in and out and then we found some roll out shelves that attach to the shelves already in the cabinets. These shelves will support up to 100 pounds so I ordered a couple of those . . one for the mixer and one for the cabinet that holds my cast iron pots.

Then we decided that we will paint the living room and kitchen ourselves.  I want to do some glazing and will practice on some extra sheets of drywall and when I get the color and look I want . . then I’ll be ready to tackle the walls in the house.

I would like to replace our doors but I haven’t gotten up the courage to tell Vince that yet. I think I’d better stop coming up with home improvement ideas or Vince may decide staying in one place is not a good idea!