The garden just will not stop.  Where are the grasshoppers when I need them?  I go out and every day I think “today will be the day there are no eggplants or peppers” but that day has not arrived and the recent rains seem to have the peppers and eggplants growing like they’re on steroids.

Yesterday I picked all the red Tabasco peppers and a few red cayenne peppers and a few green ones of both varieties and made pepper sauce.  The real Tabasco sauce is aged in oak barrels so mine is different but it’s still very good.  Up until recently when I made it, I would make it similar to how sauerkraut is made with the aging but I think it was last year I heard about doing it in the pressure cooker and that’s how I did it last year and everything was good so . . that’s how I did it again this year.

I started by cutting off the stem ends of the peppers . . wearing rubber gloves, of course.  It doesn’t matter about the amount of peppers . . just don’t overload the pressure cooker.  I used about 1-1/2 pounds of peppers.  Pour enough cider vinegar (the storebought kind . . not homemade) to barely cover them.  I used about 3 cups of vinegar.  Add salt.  I used about 1-1/2 teaspoons and I use this oak smoked sea salt since my sauce isn’t going to age in oak barrels. 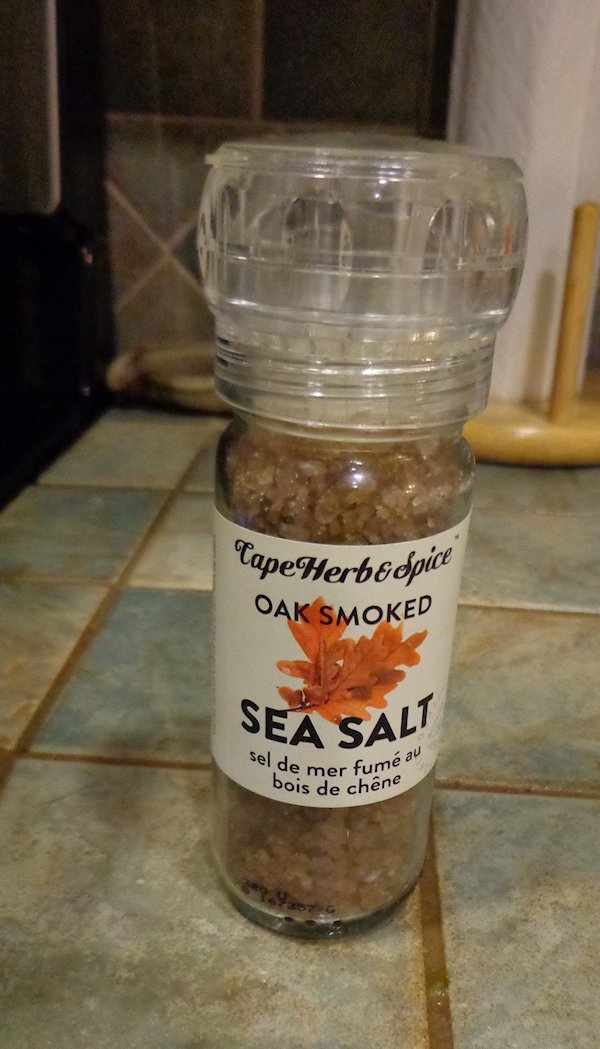 Bring the pressure cooker up to high pressure and hold it there for about 3 minutes.  I let the pressure drop on its own, the use the immersion blender to grind up everything as well as it will grind.  The seeds and a lot of the skins do not blend.  Then I bring it all to a boil and simmer it for about 10 minutes. 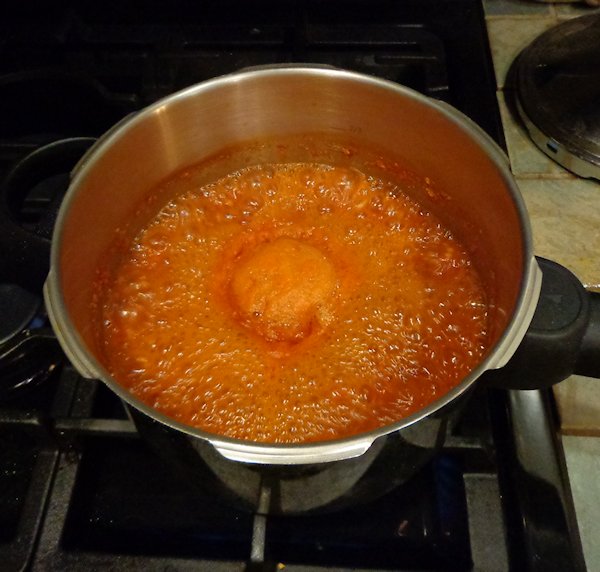 It was then strained and poured into jars.  I ended up with four half pint jars, which won’t last us long but it’s better than nothing. 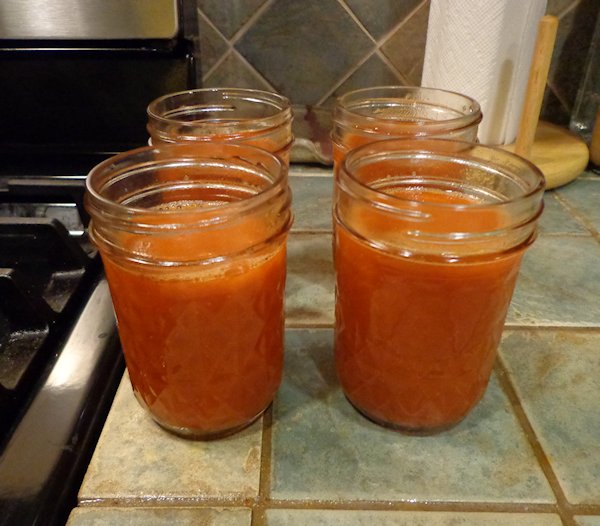 I tasted it and it is definitely HOT!

With just four jars, I could have kept them in the fridge and not worried about using the water bath but we just opened a big container of the real Tabasco Sauce so I went ahead and processed my four jars in the water bath canner so I can keep them in the cabinet til we need them. 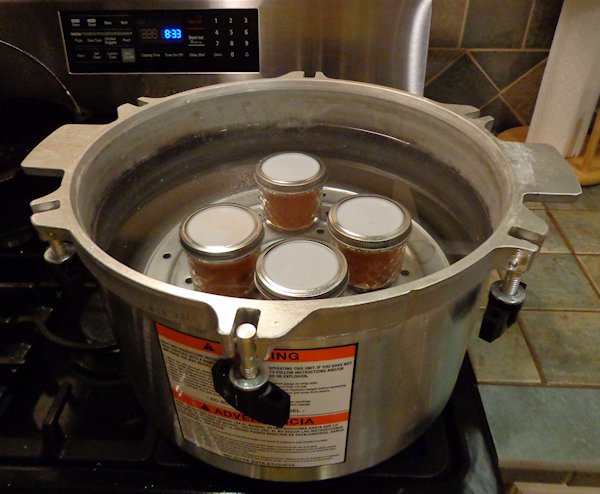 There are enough peppers in the garden to make another batch of sauce but not today because today I’m making Susan’s Green Tomato Relish!