When (IF) I’m eating fresh lettuce, carrots, beets and kale, I’ll be happy and will forget the hassle but . . my fall garden has been a miserable failure. Grab a Kleenex . . you may need one!  🙂

Towards the end of September, I planted peas, lettuce, carrots, beets and kale.  Earlier I had started cauliflower and brussels sprouts in the greenhouse. When I planted the brussels sprouts and cauliflower, because there were still tons of grasshoppers, I covered them.  While I was in Missouri, Vince told me on the phone that everything had sprouted and looked so pretty.  Next day . . bad news . . the grasshoppers ate all the sprouts except the peas.

When I got home, I replanted. I also planted onions and garlic.  Then came a 5″ rain.  I knew there was a lot of water in the garden and I kept waiting for things to sprout.  Yesterday I was in the garden and looked down where a water hose was stretched across the garden and . . what’s all that green stuff? Everything I had planted in about half of the garden, where water was flowing across it, the seeds had washed away.  The garden hose had acted like a dam, of sorts and the seeds were all deposited there and sprouted.

Today, I will replant . . I will stick seeds in the ground for the third time.  It all reminds me that I’m doing this because I love it . . not because I have to do it. In my grandparents’ days, and earlier in the days of our country, when the gardens failed, families went hungry. While I’m disappointed at the extra work, it isn’t a matter of life or death if the garden produces or doesn’t produce.

So we don’t end this on a sad note, the onions, garlic, peas, cauliflower, brussels sprouts and potatoes are doing great. 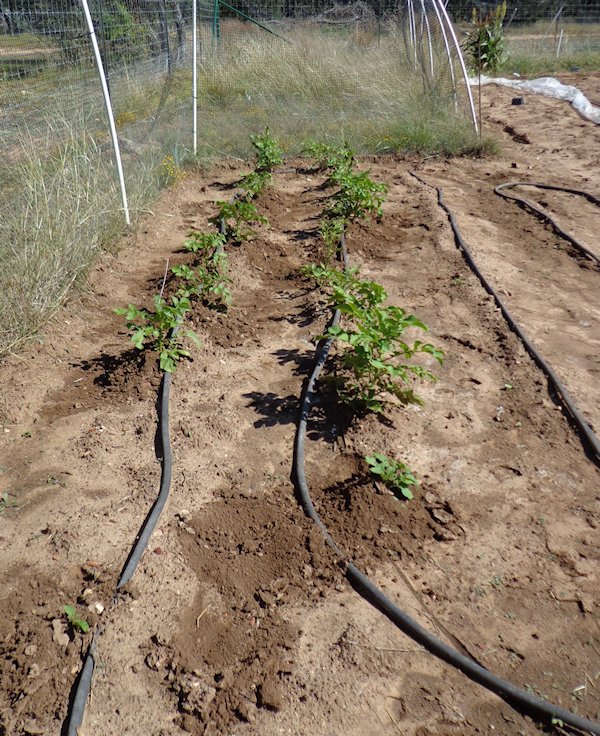 In the spring garden, I had about 200 potato plants.  The fall potatoes were planted or transplanted from leftover potatoes . . ones that were left in the ground and sprouted.  There are probably 30 or 40 potatoes in the garden now.  Maybe 25 of them are in these two rows but others have popped up throughout the garden . . where the spring potatoes were growing.  I’ve just left them there and we’ll see what happens. 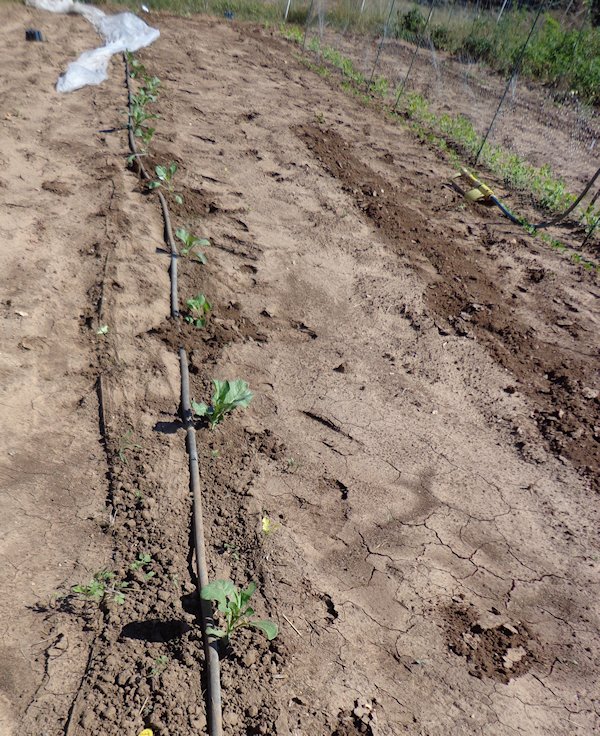 This photo was taken several weeks ago.  The cauliflower is much bigger now.  You can see the peas off to the right.

This year’s fall garden will probably not go down in history as being my best garden but it may be the that I’ve worked the hardest at getting anything to grow.