Hopefully, all these sink posts will prove to you that I’m trying hard to like the granite composite sink.  I’m having an open mind.  This afternoon I climbed in the cabinet and looked under the sink and found the model number and all the info and then found the exact sink online that I currently have.  It’s this one. 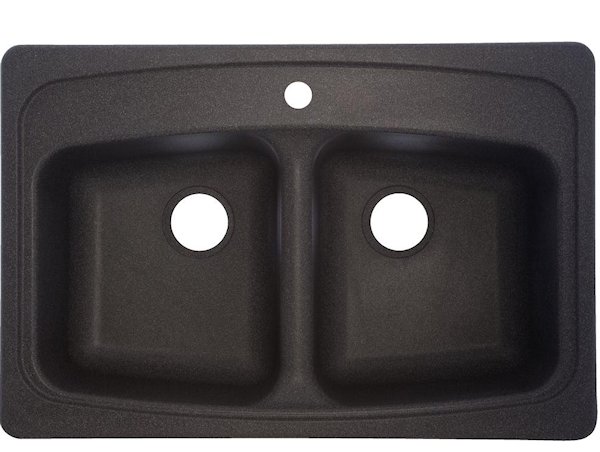 I’ve moaned and complained about not liking this sink but I think I don’t like it because it doesn’t shine.  It isn’t supposed to shine.  I like for my sink to shine!  Other than being dullish and grayer than I think it should be, my sink looks brand new.  No scratches, no scrapes, no stains (but it is black, or it was black).  The sink is a Franke brand and it’s a bit confusing about where it’s made.  I thought they were all made in the USA but my tag clearly says “Made in the UK”.

I have five weeks to think about the sink and honestly, I should like this sink because it has performed perfectly, despite at least two years of the amount of use and abuse I dish out.  But . . it doesn’t shine . . not meant to shine . . and never will really shine.

The tag on the sink says it was manufactured in May, 2007.  Honestly, I thought my house was built in 2006 so either it was built in 2006 and they changed out the sink but I doubt they did that because this was the deer camp and they probably weren’t here that much.  They built the bigger house that was part of the same ranch in probably 2008 so it may be that they put the same sink in there and decided they liked it so much, they bought one for the camp.  I have no idea how it worked but the bottom line is, my sink was manufactured about 6-1/2 years ago.

This is what my sink looks like as clean as it gets. 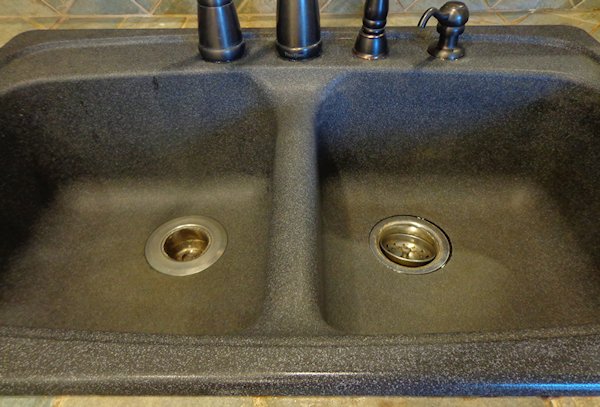 It’s dully and gray!  Do you kinda see why I don’t like it?  I read online about how to clean it.  Maybe it’s hard water buildup but we have a water softener.  What I read said to rub it down with vinegar and then dry it and then polish it with baby oil.

I have no baby oil but I have coconut oil so I rubbed the left side with coconut oil. 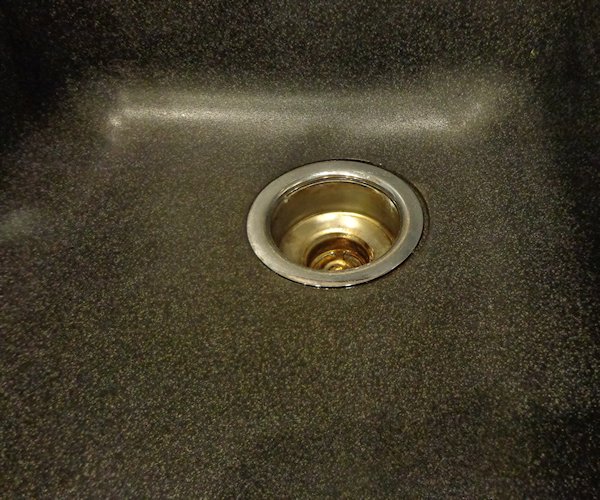 I rubbed the right side with Renaissance wax. 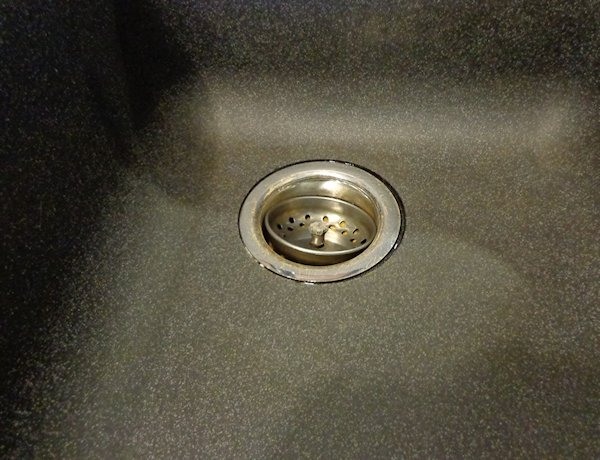 The side rubbed with the coconut oil looks better but it’s just not acceptable for me. 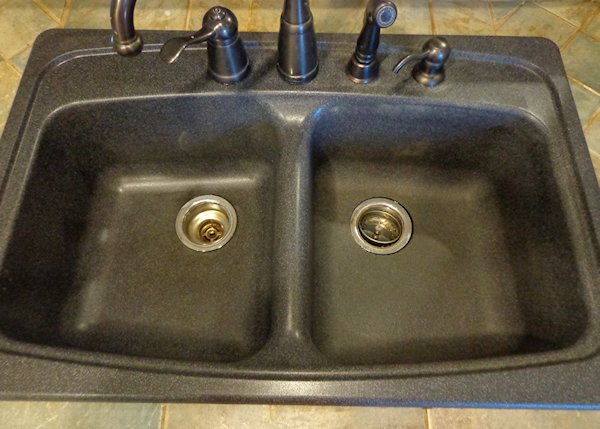 It looks better but I still don’t think I’m going to change my mind about preferring the stainless steel.