Last night I made some of the rows in the garden. 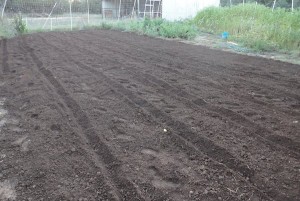 For some reason I was thinking the Fall garden is smaller than the Summer garden and at one point, I almost asked Vince to stop tilling it up but then I figured while he was working, I shouldn’t interrupt that!  I only made rows across about half of what he had tilled up.  In the back right of the picture you see the area where the eggplant and peppers are still growing and along that right side, the okra is still growing.  We’ll probably take all that up next week. Last night I was tired and was ready to stop but thought how nice it would be to come out this morning and have the rows made so I made them.

But I was wrong on how many I needed.  I completely filled up the area that was tilled.  Vince tilled up another area last night but didn’t get it raked but I think that’s where I’m going to plan onions and garlic. 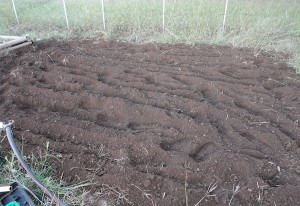 The cabbage and cauliflower seedlings were transplanted.  Two types of lettuce, three types of carrots, two types of beats, Sugar Snap peas, and more cabbage were planted from seed. 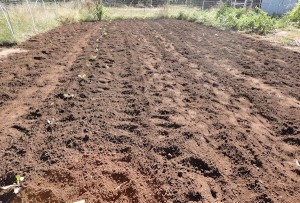 I list was made of what was planted where and some rows were marked with row markers.  At some point, I always think . . who cares what’s planted.  If it comes up, we eat it!  But when I’m planting several varieties, I like to know which ones are which so I’ll know which ones do better or which ones we like better.  And, if the grasshoppers come along and eat a whole row, and I need to replant it, I need to know what they ate so I make my list. 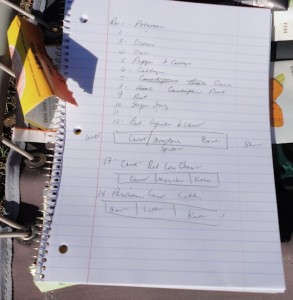 The whole time I was planting, I tried to avoid looking towards the eggplant and okra.  Putting up those things was something I so much did not want to have to do today but I just couldn’t pretend they weren’t there. 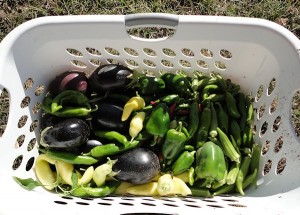 That’s a clothes basket and there’s quite a bit of stuff in there! 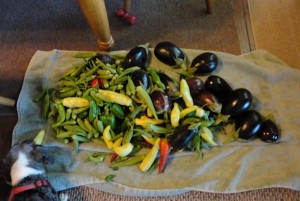 I wish I could muster some of the enthusiasm I had when these plants first started producing but I’m just not feeling that excitement right now.  I’m ready for kale and beets and fresh lettuce! 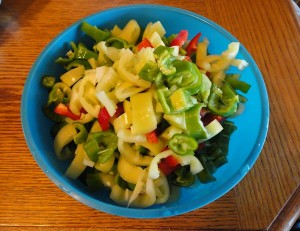 The okra was slice and I got three more quart bags for the freezer.  It’s winding down and I’m not getting much from it now and the grasshoppers have discovered it so almost every pod has a bad spot. 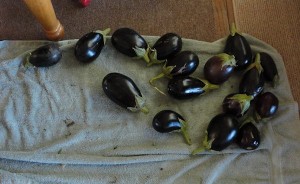 The only thing left to put up is the eggplant and I’m afraid that may have to wait til tomorrow.  This gardener is tired!