Yesterday Boots was so sweet. I sat and held him almost all day.  He wanted to be held .. he never once tried to shred me with his claws and teeth.  I was so happy . . he had grown up and was a loving and sweet kitty.

Last night I noticed he hadn’t eaten any of his food and it was then that I realized his docile nature was probably due to him not feeling well.  I went back and checked on him several times during the evening, had Vince check on him a couple of times and he seemed ok enough but not his usual perky self.

This morning I walked into the sewing room and realized . . he was normal today.  The sweet, lazy kitty was gone.  He had eaten all of his food too. 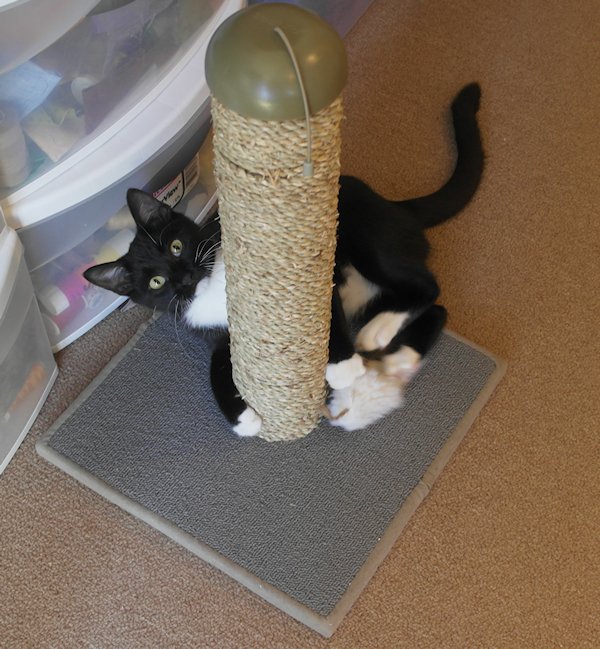 To make matters worse, a friend had sent him some toys.  One was a mouse with catnip in it.  I brought it over to the sewing room thinking it might be ok to let him play with it since he was so calm yesterday.  Not!!  He has been so fired up today. 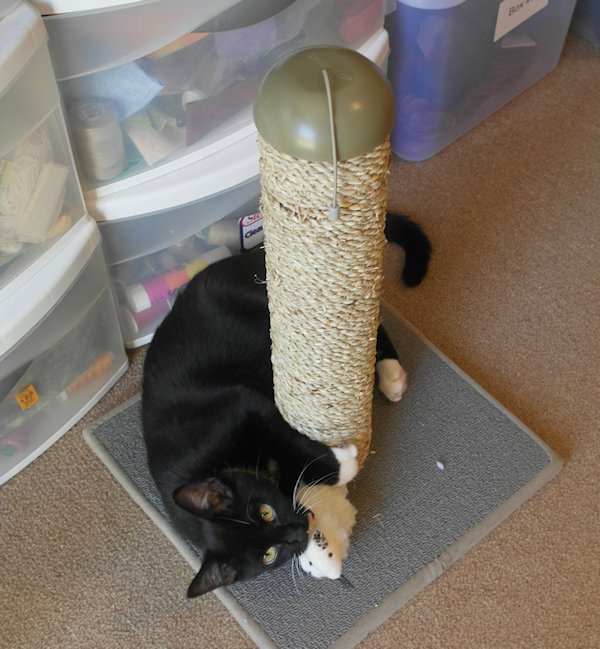 He doesn’t let that mouse out of his sight!

Then . . I found out why he hadn’t eaten yesterday and why he probably had a belly ache. 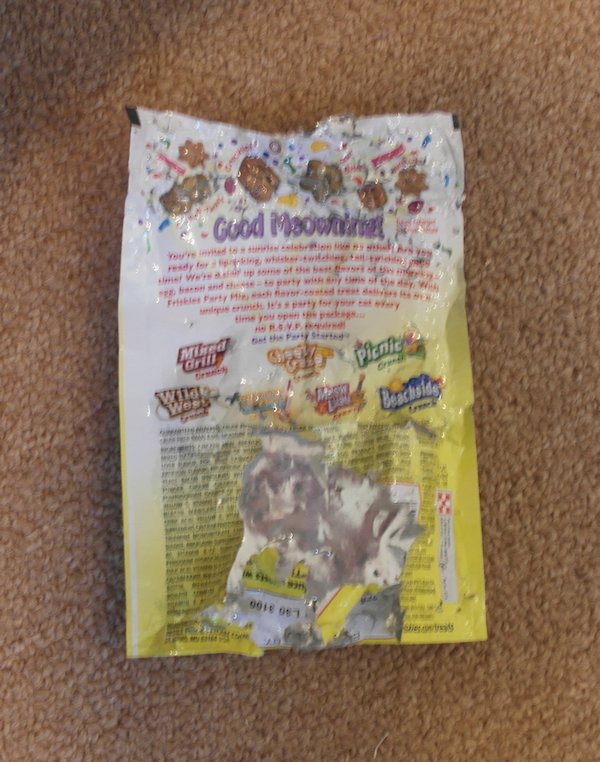 This bag of treats had been in the fridge because I figured that was the only place he couldn’t get them.  Vince had gone into that fridge to look for something and I guess they fell out and he didn’t notice.  Boots tore into the bag and ate every one of them.

After watching him again climbing the walls and the rolls of batting and jump halfway across the room from the cutting table to the ironing table, I’ve decided that I need to make myself a pillow and stuff it with catnip or else I need to eat a whole bag of cat treats . . if it gives me half the energy it’s given Boots, that would be great!