With the Dreambird project coming up (see right sidebar if you’re interested), I want to remind you or give you a pep talk about giving up.

In September, 2006, when I first began knitting socks, it had been so many years since I had knitted, I could not even remember how to cast on.  I hung out on the yarn aisle at Hobby Lobby and asked everyone who picked up a skein of  yarn “Do you knit?  Can you show me how to cast on?”  Finally one lady told me about a group of ladies who met once a week the Methodist Church to knit prayer shawls and she was sure they could help me and they did. 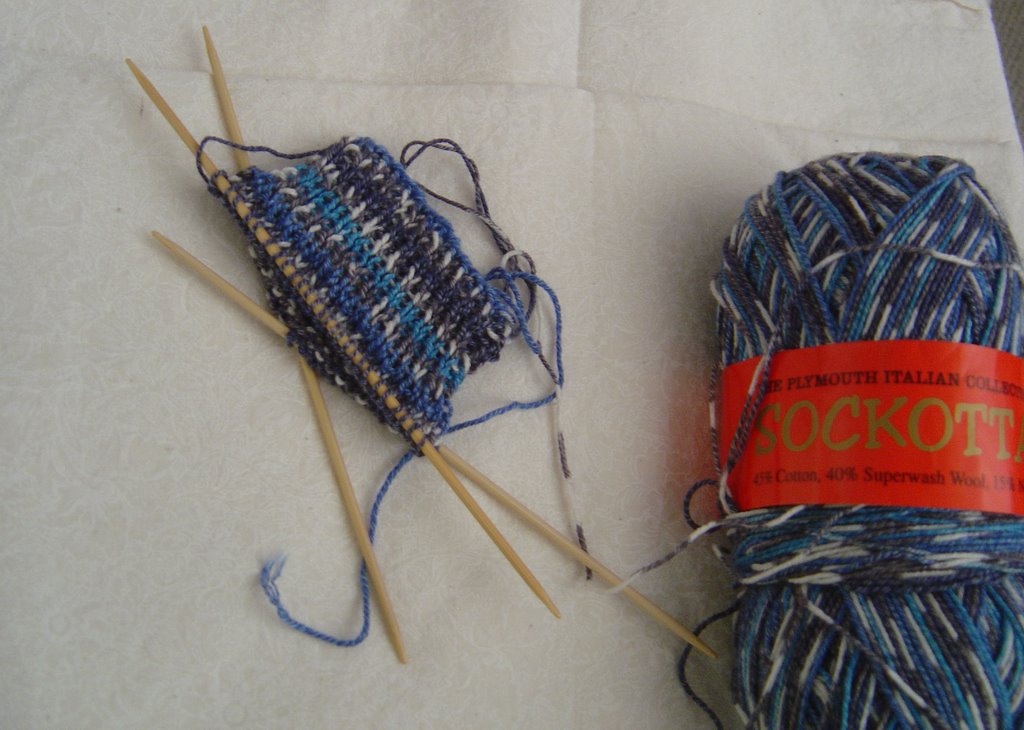 Knitting those socks was the most frustrating thing I had done in a while.  Casting on and getting the stitches divided across three needles and then joined in a circle . . took several tries.  I finally got that mastered and I would get a few inches done and realize I had missed a stitch.  Once I even went from needle 1 to needle 3 and had a long piece of yarn stretched across needle 2.  I had no idea how to rip out so every time I saw a mistake or dropped a stitch, I had to rip out all the way to the beginning and cast on again.

After a week or so of trying, I got to the dreaded heel.  More ripping back, more casting on.  I wish I knew how many times I started over all the way back to the casting on.

One night, in the midst of my frustration while ripping out hours and hours of stitching, Vince looked at me and said “I don’t think you’re going to get it!  Why don’t you give up!”  What did he say?  Give up?  Quit?  No way!  I looked at him and I said “I don’t ever give up!”  I may quit because I’ve decided it isn’t something I really want to do but giving up . . letting something like that get the best of me .. not gonna happen.