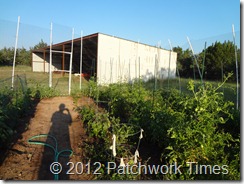 It’s almost July.  Everyone told me that my garden would be done by July.  So far, it’s going strong.  The only thing withering is the lady in that shadow.  It is so hot!  Even late in the evenings, it’s still in the 90’s.  It’s cool enough if I get out there just after daylight but by 8:30 a.m., it’s miserably hot. 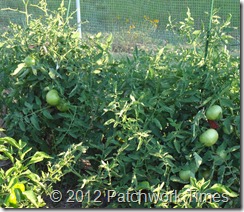 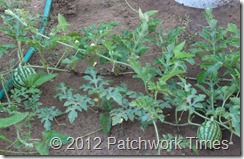 There are so many watermelons out there.  We thumped watermelons all weekend and decided to let the big daddy stay on the vine a little longer.  If these watermelons are good, we’re going to be so happy! 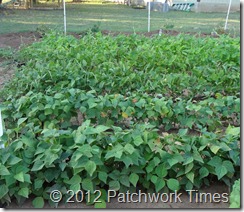 I think I’ll still be gardening into July . . and maybe August at the rate things are looking out there.