This summer, with so much to do outside, I’m loving some of these one or two dish meals that include the meat, the starch and the veggies.  Served with a side salad and bread and it’s not too heavy and quick to clean up. 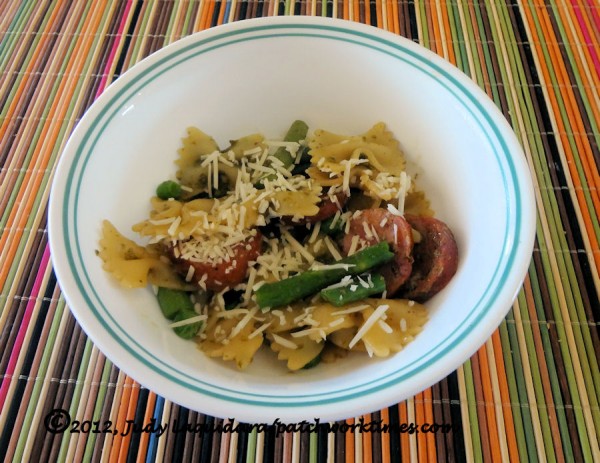 My recipe was based on this one but I made a few changes and here are the large changes I made:

The recipe calls for 1/3 cup pesto.  Last year when I had so much basil, I made pesto, froze it in ice cube trays, then individually wrapped those and dropped them into a zipper freezer bag so instead of 1/3 cup pesto, I used two cubes of my frozen pesto and that saved the time of having to make it for the recipe.

I added about half a pound of asparagus and because I had it in the freezer, I used andouille sausage instead of chicken sausage.

Here’s the recipe, with my changes: