Vince has spent most of the day working on the second coop, after I pushed his lazy butt out of bed at 6 a.m. on a Saturday morning.  It was so nice and cool outside right around daylight.  I love that time of morning.  Too bad I love to sleep late too.

He’s still telling me the chickens can be moved into the new coop by Sunday night . . same thing he’s told me the past three weekends so I’ll believe it when we move them in there.

This picture shows the proximity of the coop to the rail fence. 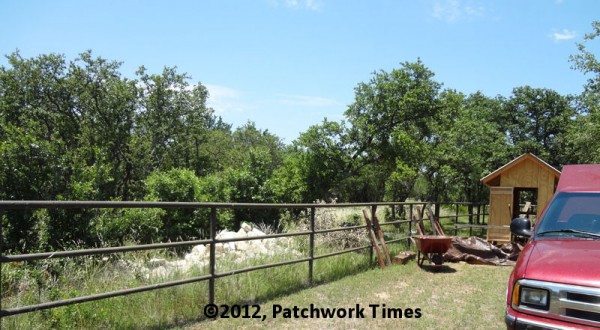 Before you ask, the rail fence is not our property line.  There’s a bit less than 1/4 mile (but I’m a terrible judge of distance) between that fence and the highway and our property goes to the highway.  Just because I have to say it . . isn’t it just so pretty out here?  The pile of rock there is what is on the outside of our house so if ever we want to add something else, we have extra rock.  There are several other piles here and there. 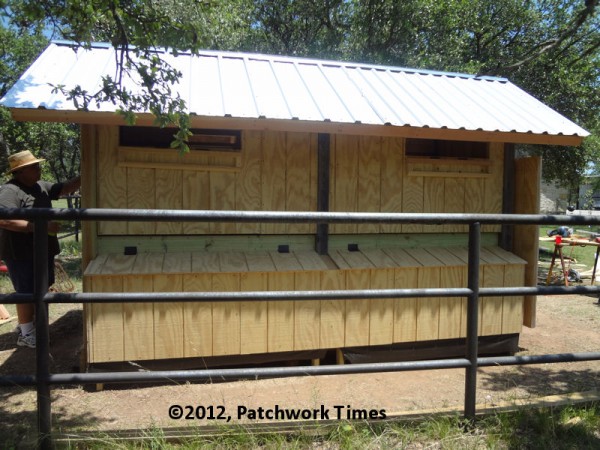 Vince is busy working.  These are the laying/nesting boxes on the back side. 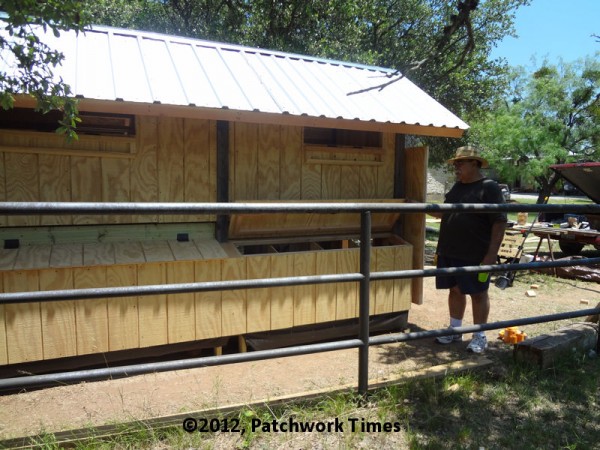 Vince is showing how nice the nesting boxes are that he built.

I was cracking up.  He didn’t think I had crawled through the rails.  When we were kids on the farm, the first thing we learned to do was climb the fence . . over, under, through . . however you had to do it because gates were never where we needed them to be. 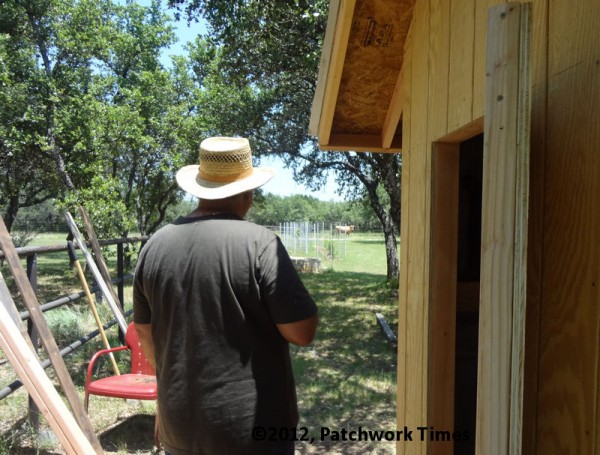 Then, Vince’s favorite cow came up to the fence.  Can you see her in the distance.  She’s been here four times begging for treats today.  They know he’s so easy! 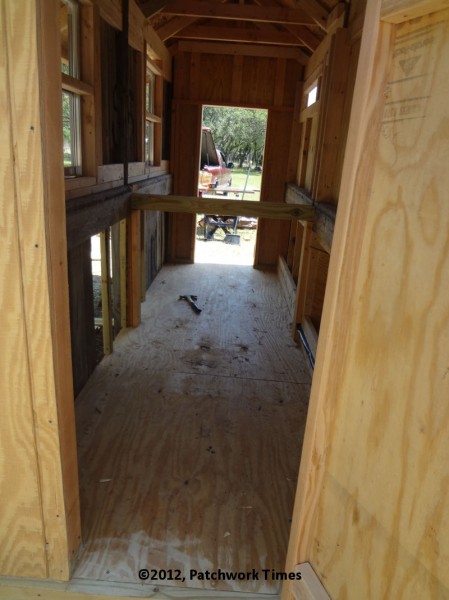 Vince thinks the new coop looks like a little tiny church!  It’s so cute!  I sure hope the chickens love it as much as we do.

Instead of back yard chickens, the ones living in this coop are going to be front yard chickens.  I guess when you live out here, it doesn’t really matter . . back yard or front yard . . no one is looking and no one cares.