Nopales.  It’s cactus.  It’s available in the grocery stores in cans or in the produce section . . with all the needles removed.  Or, we can go out in the woods and find it, remove the needles ourselves, and it’s free and we know it’s fresh.

I had been telling Vince I wanted to get some but when we were out with a group last week, we were talking about it and one of the guys was telling us how to clean the needles off and how to cook it so over the weekend, we decided to go find some.  We don’t have to go far because there’s cactus in our flower beds and there’s hardly a spot we look that we don’t see some amount of cactus.  We were looking for an excuse to go out in the woods on the RTV but I didn’t want to go back in the part where the cows were.  This guy still doesn’t seem real fond of us. 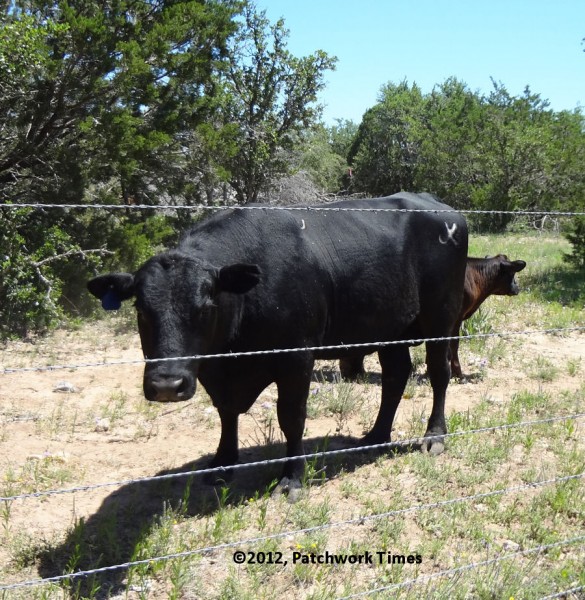 Vince assured me that the cows were probably somewhere else on the land and we wouldn’t even see them.  Goes to show how much I can trust Vince!

There are two problems.  First, there’s no cattle guards and the only way we can get out of the pasture is to stop, get out of the RTV, open the gate, drive through, go back and close the gate.  So, if a cow or a bull, or both are after you, who wants to stop and get out of the RTV?  Not I said the woman who’s scared of the big black bull!

So, Vince convinced me that it was safe to go out in the pasture.  The very first stop we made, I looked up and here come the cows towards us . . full speed ahead . . mooing.  That’s what they do when they want to be sure we see them so we’ll go get treats for them.  They stand at the edge of the fence, face the house and moo and moo til someone comes out and gives them treats.

They’re walking quickly towards us . . I’m screaming “We’re going to die and no one is even going to know we’re out here!”  We got back in the RTV and took off. 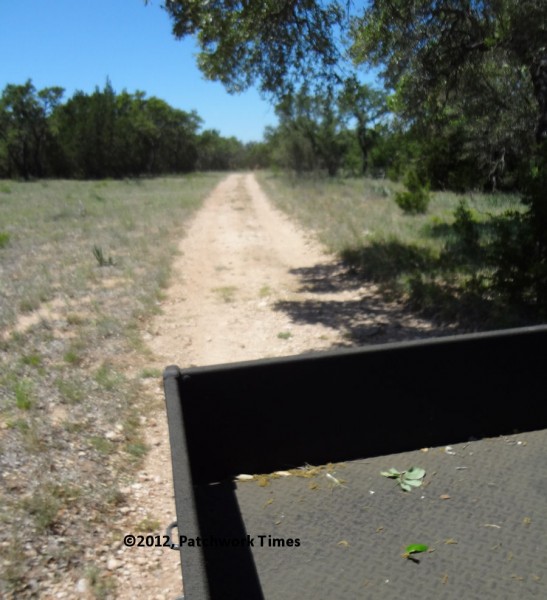 If you enlarge the picture, you might can see them coming towards us.  When we started driving, they started running.  I felt like a bandit shooting at the good guys as I was leaning out the side of the RTV trying to get a picture of the cows running after us.

We made a few turns, not knowing which path they would take and we went to the gate that we thought they might not go to, and sure enough, we were able to get out and lock the gate back without  having to deal with them.  When we were headed back towards the house, there they were at the gate we had originally planned to get through. 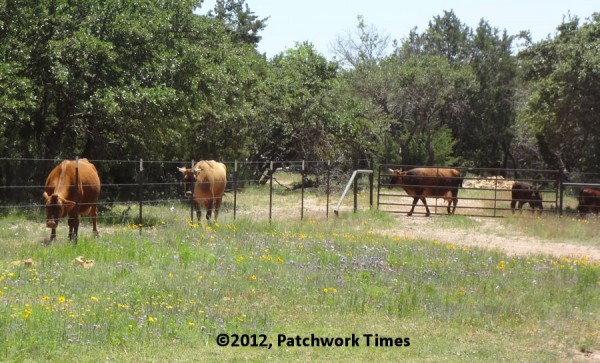 Lucky for us there are plenty of cactus in the areas where the cows are not!

You may get tired of me saying it but look at that picture . . the flowers, the trees, the cows . . this place is so perfect for us!