This morning was a bust as far as accomplishing anything.  I’ve cleaned chicks’ vents – I guess it’s all that long fuzz on those little bantams but I’ve never had vent issues before . . aren’t you glad to know that?  🙂   I’ve dealt with the iron, I’ve done laundry, I’ve fixed lunch and I intend to spend the rest of the afternoon sewing.  About an hour before dark, I’ll go work in the garden so that by the time I’m about to drop dead, it’s time to take a shower and knit for a few minutes before bed time.

Vince took off this afternoon but he had to go buy landscape timbers for the strawberry patch and he had to buy a printer.  We looked at them yesterday but he had a Staples gift card at home so he didn’t want to buy it without the card.  By the way, they’ll take $50 off some of their new printers if you bring in an old printer.  It doesn’t even have to work!  We had one that I think was a free one when you bought a computer . . from years back and I can’t remember if it had quit working or if it was too slow or what the deal was but there’s no telling how long we’ve had it and how many times we’ve moved it so Vince took it in to get a $50 discount.  Just goes to prove that you should never throw anything away!

I did manage to get the first border on the March Color Palette quilt. 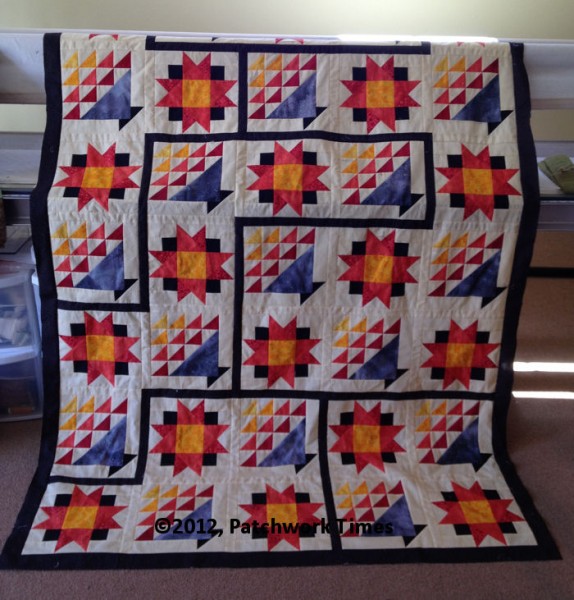 The pieced border is now pieced but I’m switching over to the other quilt for the rest of the afternoon.